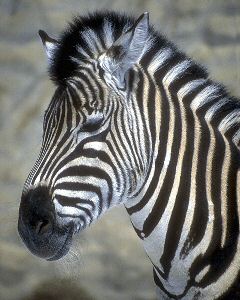 "Just as a marching band needs direction from a conductor to line up in formation on a football field, cells also need guidance to form patterns - but until now we didn't know how they were communicating or receiving direction," said UCLA's Alan Garfinkel.

"We now know that it's orchestrated by specific proteins produced by cells that disperse at different rates and interfere with one another. These interactions can be described in mathematical formulas dictating how cells organize into specific, evenly spaced patterns." Demer notes that similar mechanisms may explain how an embryo creates structures in evenly spaced patterns in early development or how certain diseases may trigger cells to create lesions in specific patterns.

"Using the mathematical formula based on Turing's concepts, we were able to recreate the classic stripe or spot patterns seen throughout nature - such as in a zebra's stripes or leopard's spots," said Garfinkel.

"The abnormal cell pattern resulting from adding warfarin, may give researchers some insight into how birth defects develop," said Garfinkel.

The next step, Garfinkel added, is to generate more complex patterns by adjusting the ratios of the two proteins BMP-2 and MGP. Such control would be useful for tissue engineering architecture - producing replacement tissue in desired shapes and patterns.

"Our ability to recreate cell patterns may ultimately help us learn how to better control them, leading to new ways to treat certain conditions like heart disease," said Demer.