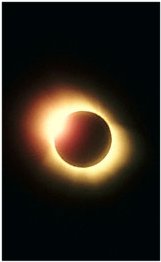 Thanks to a grant from NASA, University of Missouri-Rolla researchers are developing the world's first flapping-wing, solar-powered unmanned aircraft.

"During the day, the solar cells will collect solar energy," says Dr. K.M. Isaac, professor of mechanical and aerospace engineering at UMR. "Instead of storing the energy in a battery, like in the UMR solar car, we plan to store it as potential energy. When it has a lot of energy, it will start flapping its wings like a big bird. By doing that, it will go up in altitude. Then in the night, for example, when there is no solar power available, it will start gliding just like a bird until the sun comes up again."

Because the vehicle would fly at altitudes of 30,000 to 40,000 feet, cloudy skies wouldn't be a problem, Isaac says, but stormy weather could spell trouble. "Wind shears are pretty high at those altitudes," he added.

Exploration of planets would be limited to the three planets because the solar intensity would be too low to power the vehicle beyond Mars. The planet also needs to have an atmosphere for the vehicle to operate. Solar flight on the outer planets, such as Saturn or Jupiter, or moons just isn't feasible, Isaac says.

For missions on the Earth, the aircraft would be taken up in a hot air balloon and released. "The controls would have to be either remotely controlled or autonomous, meaning that it would by itself decide what kind of flight to take," Isaac says. "Missions could include taking photographs of remote locations or looking for minerals as well as reconnaissance."

The aircraft's flexibility and light weight would also make it ideal for space exploration. "To explore Mars and Venus, it will have to be launched from an entry module," Isaac adds.

Jessica Rolwes, a graduate student, and two other UMR students are working with Isaac to analyze the aerodynamics of the proposed vehicle. Inside UMR's Fluid Dynamics and Combustion Laboratories, they have placed a motorized wing inside a 10-gallon tank of saltwater. The wing moves back and forth and electrodes mounted on the wing react with the saltwater to produce hydrogen bubbles. Illuminated by two powerful pulse lasers, the bubbles are photographed twice within nanoseconds to capture their movement. A software program then analyzes the photos to determine the velocity.

"What we're trying to do is image the flow around a wing," Rolwes says.

The information they receive during these tests will help them in their next step of building models, Isaac says. "We plan to test some models in the wind tunnel to prove that the material will be able to flap at whatever frequency we desire," Isaac says. "We will also test to make sure it will clear sufficient lift, for example, to sustain the flight."