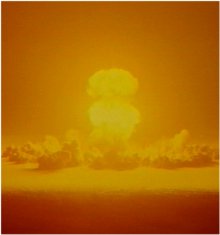 Department of Energy funded researchers have decoded and analyzed the genome of a bacterium with the potential to bioremediate radioactive metals and generate electricity. In an article published in Science, researchers at The Institute for Genomic Research (TIGR) and the University of Massachusetts report that Geobacter sulfurreducens possesses extraordinary capabilities to transport electrons and "reduce" metal ions as part of its energy-generating metabolism. "The genome of this tiny microorganism may help us to address some of our most difficult cleanup problems and to generate power through biologically-based energy sources," Secretary of Energy Spencer Abraham said. "Geobacter is an important part of nature's toolbox for meeting environmental and energy challenges. This genome sequence and the additional research that it makes possible may lead to new strategies and biotechnologies for cleaning up groundwater at DOE and at industry sites."

The contamination of groundwater with radionuclides and metals is one of the most challenging environmental problems at Department of Energy former nuclear weapons production sites. Researchers at the University of Massachusetts have previously found that Geobacter species can precipitate a wide range of radionuclides and metals (including uranium, technetium and chromium) from groundwater, preventing them from migrating to wells or rivers where they may pose a risk to humans and the environment.

The analysis of the genome sequence revealed a number of capacities that had not been previously suspected from past research on this microbe. "We've provided a comprehensive picture that has led to fundamental changes in how scientists evaluate this microbe," said Barbara Methe, the TIGR researcher who led the genome project and is the first author of the Science paper. "Research based on genome data has shown that this microbe can sense and move towards metallic substances, and in some cases can survive in environments with oxygen." G. sulfurreducens was previously thought to be an anaerobic organism.

The other main project collaborator was Derek Lovley, a professor of microbiology at the University of Massachusetts, Amherst, who discovered the Geobacter family of bacteria and has led projects to assess their biology and their potential for bioremediation. Lovley said, "Sequencing the genome of Geobacter sulfurreducens has radically changed our concepts of how this organism functions in subsurface environments." The genome analysis, he said, "revealed previously unsuspected physiological properties" of the bacterium and also gave scientists insight into the metabolic mechanisms that the organism uses to harvest energy from the environment.

Geobacter reduces metal ions in a chemical process during which electrons are added to the ions. As a result, the metals become less soluble in water and precipitate into solids, which are more easily removed. Small charges of electricity are also created through the reduction process. Geobacter is also of interest to the Department of Energy because of its potential to create an electrical current in a "bio-battery."

Geobacter microbes are widely distributed in nature and are commonly found in subsurface environments contaminated with radionuclides and metals. Researchers have demonstrated that if they "feed" the microbes simple carbon sources such as acetate they will grow faster and precipitate more radionuclides and metals. These findings are now serving as the basis for a test of a bioremediation strategy aimed at removing uranium from groundwater at a Uranium Mill Tailings Remedial Action site near Rifle, Colorado.