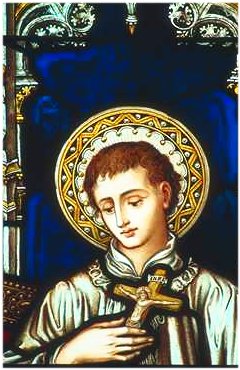 Broadcasters are often accused of promoting obscenity through the increased use of bad language on TV. However, new research from the University of Warwick reveals that the language of public name-calling, or 'street theatre', in early modern England was full of foul sexual insults that are far more lewd than today's broadcast media - and women were the main offenders.

Professor Bernard Capp's book 'When Gossips Meet', tracks the history of poor and 'middling' women from the mid 1500s to the 1700s, to reveal that gossipmongering and heated public exchanges were weapons used by women to wield power and influence in a male dominated society where they were often excluded.

Public name-calling by women aimed to demoralise an adversary, trigger damaging gossip throughout the neighbourhood, and turn public opinion against the alleged offender.

Allegations usually attacked a female adversary's sexual reputation. Prostitution was viewed as far worse than fornication, and the charge undermined social as well as moral standing. Court papers reveal the term 'whore' as the most common insult over several centuries.

"Massive overuse inevitably weakened the impact of 'whore' as a term of abuse, but speakers were able to draw on a rich lexicon of synonyms, such as jade, quean, baggage, harlot, drab, filth, flirt, gill, trull, dirtyheels, draggletail, flap, naughty-pack, slut, squirt, and strumpet, generally heightened by adjectives such as arrant, base, brazenfaced, or scurvy."

Veneral disease, especially syphilis or 'the pox', also featured prominently in abusive language. Taunts such as 'burnt-arsed whore' and 'pocky whore' were familiar throughout the country. 17th century church court papers cite several examples of highly offensive abuse: "At Bury St Edmunds Faith Wilson told her neighbour in 1619 to 'pull up your muffler higher and hide your pocky face, and go home and scrape your mangy arse'."

Quarrels and allegations often took place before witnesses, and public confrontation was staged for maximum effect. Gossip helps maintain social control: when someone is gossiped about, they restrict their behaviour. This gave women some control over erring husbands, abusive employers or sexually disreputable women.

Professor Capp, from the University of Warwick, said: "Heated exchanges of foul language between women was a familiar part of life in early modern England, and commonly took place in open streets. The language of 'street theatre' was rather blunt and offensive - even by today's post watershed TV standard."

Just as gossip can build social bonds, it can ruin reputations. Archdeaconry court papers record several cases where family or Parish life were torn apart by slander and gossip.

"Joan Webb of Wittlesford, Cambs., was rumoured in 1596 to be worse than any whore, for allegedly paid men to have sex with her, giving them some cheeses, venison and a shirt. The stories prompted a man who has been planning to marry her to break off the match, giving her '5 'to be rid of her'."

Networks of close friends and neighbours or 'gossips' provided companionship, a social identity outside the home, and emotional and practical support during disputes with husbands or neighbours. But alienation caused by malicious gossip was a real threat as the social economy of friends was crucial for ordinary women, as small loans or acts of kindness for a neighbour eased the lives of the poor.