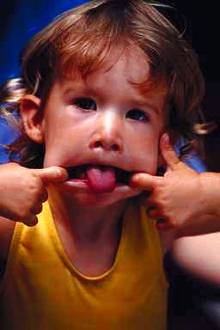 The study takes aim at the genes that may lead to the marked extroverted behavior seen in children with Williams syndrome, demonstrating that "hyper-sociability" - especially the drive to greet and interact with strangers - follows a unique developmental path.

Teresa Doyle and Ursula Bellugi of the Salk Institute, along with Julie Korenberg and John Graham of UCLA and Cedars-Sinai Medical Center, found that children with Williams syndrome scored significantly higher on tests measuring behavior in social situations, including their ability to remember names and faces, eagerness to please others, empathy with others' emotions and tendency to approach strangers.

"We've known for many years that children with Williams syndrome are markedly more social than other children, in spite of the moderate mental retardation and physical problems that also are associated with the disorder," said Doyle. "Here we not only have shown hyper-social behavior as a hallmark symptom that follows a characteristic developmental course in Williams syndrome, but we may be closer to identifying the genes involved in regulating that behavior."

"We don't know at this point whether these genes are involved in regulating social behavior in the general population, or whether their involvement is specific to Williams syndrome," said Bellugi. "We will need to conduct tests in more patients who do not have all the gene deletions seen in typical Williams syndrome, and compare and contrast genetics and behavior."