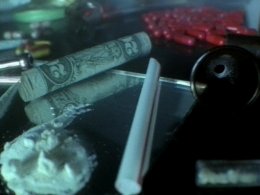 The scientists also recruited a "control" group of 100 similarly-aged teens not diagnosed with childhood ADHD. They asked both groups about their alcohol and substance use, including whether they had ever tried a substance during their lifetime, how old they were when they first tried tobacco, alcohol, or drugs, and the type, frequency, and quantity of substances used during the past six months.

The researchers analyzed distinctions within the ADHD group, focusing on responses from youngsters with more severe symptoms of inattention in childhood, something not routinely done previously. They also examined the differences among individuals with symptoms of comorbid behavior disorders - oppositional defiant disorder (ODD) and conduct disorder (CD).

Although impulsivity-hyperactivity was not associated with teenage substance abuse, the authors say that better measurement of this behavior in future studies will be important. "The presence of ADHD during childhood appears to be as strong a risk factor for substance use and abuse as having a positive family history of substance use disorder. It is not specific to only one substance but cuts across alcohol, marijuana, and other drugs," says Dr. Molina. "Our findings indicate that the presence of ADHD during childhood, the severity of symptoms, and the persistence of the disorder may be risk factors for early substance use and the emergence of substance abuse disorders during the teen years."