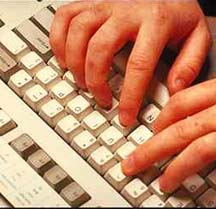 Recent research claims that playing video games improves some types of visual functioning. But before rushing to your computer or buying more games, consider another new research finding. Newly published results suggests that performing an exciting video display terminal task fitted with a bright display suppresses the nocturnal changes in melatonin concentration and other elements of our biological clocks. In other words, playing an exciting video game at night with a bright display backlight might just be the physiological cause of a poor night’s sleep.

“Effects of VDT Tasks with A Bright Display at Night on Melatonin, Core Temperature, Heart Rate, and Sleepiness” appeared in the May 2003 edition of the Journal of Applied Physiology.

The subjects performed exciting tasks on a VDT with BD (exciting-BD) and dark display (exciting-DD) and boring tasks on a VDT with BD (boring-BD) and DD (boring-DD) between 2300 and 0200 the next day. The experimental order was randomized, and the interval of each experiment was one week. The exciting task was a shooting game, and the boring task was a simple addition task. The subjects were instructed to gaze at the display during the task. If a subject did not respond because he closed his eyes, an alarm rang and the number was counted. The 17-inch color-display was placed at eye level 45 cm in front of the subject. The screen of the display was 240 mm long and 325 mm wide. The screen of the BD was white with 120 cd/m2, and the screen of the DD was black with 0.5 cd/m2. The vertical light intensities of the BD and DD were 45 and 15 lx at each subject’s eye level, respectively.