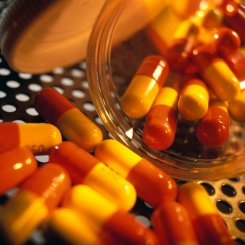 A significant percentage of children with attention-deficit-hyperactivity disorder did just as well when harmless placebos, pills without any specific effect, replaced some of their medications, a study led by two N.C researchers shows.

The findings raise the possibility that some children with these common problems may be effectively treated on lower doses of medication that are supplemented with a placebo. Further research is necessary, the researchers said, to determine the mechanism of the effect that placebos had in treating the disorder.

Dr. Adrian Sandler, a developmental-behavioral pediatrician at the Mission Children's Hospital in Asheville, and Dr. James W. Bodfish, a professor in the University of North Carolina at Chapel Hill department of psychiatry, presented their study findings today (May 3) at the annual meeting of the Pediatric Academic Societies in Seattle.

Sandler and Bodfish have used the results of this initial study to obtain a grant $162,838 per year from the National Institute of Mental Health to study the use of placebos in treating attention-deficit-hyperactivity disorder, or ADHD. That two-year study, involving 150 children with ADHD, is examining the effectiveness of a conditioned placebo treatment, in which decreasing doses of stimulant medications are paired with distinctive placebos.

"This initial study examined the feasibility and potential effectiveness of using placebos along with unusually low doses of stimulant medications to treat children with ADHD. The results of this novel treatment approach were encouraging," said Sandler. "We are proceeding with further research to establish the clinical applications of placebos and to explore mechanisms."

In the study reported today, a group of 26 children ages 7 to 15 received the dose of a stimulant that had kept their ADHD symptoms stable and under good control. Then, the children were given half that dose, both with and without a placebo, in alternating weeks. The children's behavior was monitored with standardized ratings from parents, teachers and clinicians. Parents and the children themselves were all fully informed about the study, so the parents and children knew when they were taking a placebo. Teachers were unaware of the treatment order.

Forty percent of the children in the study responded well to the low dose plus placebo treatment, with equally good ADHD control and fewer side effects, compared with the full dose they had taken previously, based on parent and clinician ratings. Teachers saw little difference among the three conditions.

"Using placebos could have great importance in treating not only ADHD but many other disorders of the central nervous system," Sandler said. "Parents and clinicians alike are concerned about side effects of medications. Our hope is that this treatment approach would allow adequate management of symptoms on unusually low doses of medications. What is especially intriguing is that the placebo treatment was fully disclosed to parents and children. This opens the way to the ethical therapeutic use of placebo effects in order to enhance clinical care."

Many parents are concerned about placing their child on medication, Bodfish said. "Some choose not to treat their child due to concerns about side effects. Conditioning effects and placebo effects are well-established scientific facts. Our preliminary findings suggest that conditioned placebo treatment may allow some children to be effectively treated on lower doses of medication and experience fewer side effects. It's a wonderful example of using basic science to solve a clinical problem."