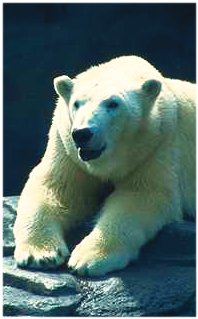 Global warming and the partial melting of polar ice sheets can dramatically affect not only sea levels but also Earth's climate, in ways that may be complex, rapid and difficult to adjust to, scientists say in a new study to be published Friday in the journal Science.

Sea level and climatic changes in Earth's distant past, near the end of the last Ice Age about 14,600 years ago, offer significant clues to some phenomena that Earth may experience in the near future, possibly in coming decades or centuries, the study found.

"With the advent of global warming, we're trying to identify the climatic surprises that may be in store for us, the events that we really aren't expecting," said Peter Clark, a professor of geosciences at OSU and a co-author of the study. "The more we look at this, the more it appears there have been large and abrupt changes in climate and sea level that are interconnected. If these changes were to happen in the future, they could cause huge societal disruptions."

About a year ago, Clark and his colleagues outlined in a publication in Nature how one of the unanticipated outcomes of global warming could be disruption of a "thermohaline circulation" pattern in currents of the North Atlantic Ocean, robbing Europe of the influence of warm ocean currents and causing widespread cooling. This could happen when additional rainfall or melting glaciers in the Northern Hemisphere inject more fresh water into the North Atlantic and make the ocean less salty.

Scientists now believe this current may have slowed or stopped altogether many times in Earth's past. The shutdown of this current was one prominent feature of the last Ice Age.

In the new study, the researchers found that an Antarctic melting event called "Meltwater Pulse 1A," which occurred near the end of the last Ice Age about 14,600 years ago, raised Earth's sea levels about 70 feet in less than 500 years. The melting event simultaneously caused the North Atlantic circulation to turn on, causing widespread warming of the Northern Hemisphere.

The melting event occurred following a time of increasing temperature, sea level and carbon dioxide that had some similarities - and key differences - to the present day, Clark said.

"These past events provide important clues as to how the climate system may change as the Earth warms," Clark said.

"Global warming might cause a shutdown of currents in the North Atlantic and cause Europe to cool," he said. "But just as people are trying to adjust to that event, the same warming might also help melt an Antarctic ice sheet which would tend to start the current in the North Atlantic moving again. And that might be considered a good thing, unless you live in a coastal area which is now going to be flooded by rising sea levels."