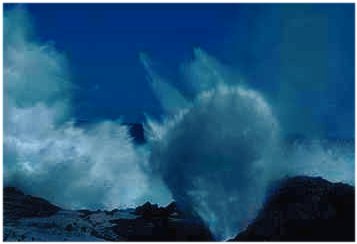 The discovery of 160 year old records in the archives of the Royal Society, London, has given scientists further evidence that Australian sea levels are rising.

Observations taken at Tasmania's Port Arthur convict settlement 160 years ago by an amateur meteorologist have been compared with data from a modern tide gauge.

"There is a rate of sea level rise of about 1mm a year, consistent with other Australian observations," says Dr David Pugh, from the UK's Southampton Oceanography Centre.

"This is an important result for the Southern Hemisphere, and especially for Australia, providing a benchmark against which Australian regional sea level can be measured in 10, 50 or 100 years time," says Dr Pugh.

In 1837, a rudimentary tide gauge was made by the amateur meteorologist, Thomas Lempriere and probably installed in the nearby Port Arthur settlement.

In 1841 Lempriere cut a benchmark, in the form of a broad arrow, on a vertical rock face on the Isle of the Dead, which was used as a cemetery for the Port Arthur complex.

The discovery of two full years of carefully recorded measurements (1841 and 1842) of average sea level was the start of a scientific quest through early European history in Tasmania.

CSIRO oceanographer Dr Bruce Hamon, researching Lempriere's work in 1985, concluded that the surviving benchmark would not be of scientific value today.

"The position of course would be different if Lempriere's original observations ever came to light," Dr Hamon wrote.

In addition to discovering the 'lost' files, the project involved analysis of 19th century sea level data, and a suite of modern measurement and analysis techniques.

Dr Hunter said that scientific and popular interest in possible rises of global sea level, with attendant increased risks of coastal flooding have emphasised the need for a long time series of sea level measurements.

"Unfortunately, few records exist from the nineteenth century, and even fewer have well documented benchmark information against which changes can be monitored.

"At Port Arthur we have a unique series of sea level measurements.

"Our research during this project has shown that the work of John Franklin, James Clark Ross and Thomas Lempriere generated a significant benchmark long before any effect of global warming was apparent.

"The scientific interest at the time was the question of vertical motion or uplifting of the continents rather than changes in volume of the oceans.

"Our observations are consistent with the lower end of estimates by the Intergovernmental Panel on Climate Change and with records from Fremantle and Fort Denison," Dr Hunter said.