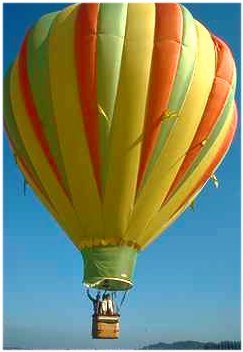 Researchers at the Lawrence Livermore National Laboratory have discovered another fingerprint of human effects on global climate.

Recent research has shown that increases in the height of the tropopause over the past two decades are directly linked to ozone depletion and increased greenhouse gases.

The tropopause is the transition zone between the lowest layer of the atmosphere -- the turbulently-mixed troposphere -- and the more stable stratosphere. The tropopause lies roughly 10 miles above the Earth's surface at the equator and five miles above the poles. To date, no scientist has examined whether observed changes in tropopause height are in accord with projections from climate model greenhouse warming experiments.

The comparison was made by Livermore scientists Benjamin Santer, James Boyle, Krishna AchutaRao, Charles Doutriaux and Karl Taylor, along with researchers from the National Center for Atmospheric Research, NASA Goddard Institute for Space Studies, the Max-Planck Institute for Meteorology and the Institut f�r Physik der Atmosph�re in Germany. Their findings are reported in the today's (Jan. 3) online edition of the Journal of Geophysical Research-Atmospheres.

This research undercuts claims by greenhouse skeptics that no warming has occurred during the last two decades. Such claims are based on satellite measurements of temperatures in the troposphere, which show little or no warming since the beginning of the satellite record in 1979.

"Weather balloons and weather forecast models show that there's been a pronounced increase in the height of the global tropopause over the last two decades," Santer said. "Our best understanding is that this increase is due to two factors: warming of troposphere, which is caused by increasing greenhouse gases, and cooling of the stratosphere, which is mainly caused by depletion of stratospheric ozone. Tropopause height changes give us independent evidence of the reality of recent warming of the troposphere."

The Livermore research supports the bottom-line conclusion of the 2001 Intergovernmental Panel on Climate Change (IPCC), which states that, "most of the observed warming over the last 50 years is likely to have been due to the increase in greenhouse gas concentrations."

"The climate system is telling us a consistent story -- that humans have had a significant effect on it," Santer said. "We're seeing detailed correspondence between computer climate models and observations, and this correspondence is in a number of different climate variables. Tropopause height is the latest piece of the climate-change puzzle."