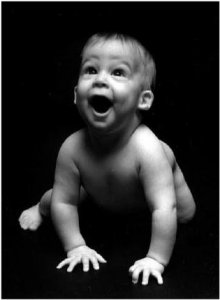 While most scientists believe that allergies cause asthma, researchers at Washington University School of Medicine in St. Louis are uncovering a second potential cause for this common respiratory illness. Their new model suggests that a viral infection in the first years of life may leave a lasting mark on the immune system, causing chronic respiratory problems later on. "While the allergic response may increase during an asthma attack, our research suggests that the anti-viral response also increases," says Michael J. Holtzman, M.D., the Selma and Herman Seldin Professor of Medicine and professor of cell biology and physiology. "We think that a virus in infancy or childhood creates a hit-and-run effect, where a brief infection causes permanent changes in the body's anti-viral system."

Holtzman led the study, which appears in the July 15 issue of the Journal of Clinical Investigation.

The most common cause of lower respiratory illness in children is paramyxoviral infection, which often results in chronic wheezing regardless of whether the child develops allergies. But researchers have yet to figure out how the short-term influence of this viral infection leads to a long-term condition of respiratory inflammation and distress.

Holtzman's team examined mice with bronchiolitis - inflamed airways - caused by paramyxoviral infection. The mouse disease mimics paramyxoviral infection in humans. These mice responded immediately to the infection - immune cells flooded the lining of the respiratory tract, attacking infectious cells and inflaming the tissues. Weeks after infection, the airways of the lung remained extremely sensitive, or hyperreactive, and the airway lining became populated with mucus-producing cells. Each of these changes - airway hyperreactivity and cellular remodeling - lasted for at least one year and perhaps indefinitely. "Since each of these changes also is a long-term symptom of asthma, these findings provide a link between the response to viral infection and the development of asthma," says Holtzman.

Uninfected mice that instead were exposed to a common experimental allergen, called ovalbumin, also developed similar inflammation of the airways, but these mice recovered by themselves within two and a half months.

To see what happens if the initial airway response was prevented, the researchers examined mice lacking the gene that encodes one of the main proteins that control immune-cell traffic, intercellular adhesion molecule-1 (ICAM-1). As expected, mice lacking ICAM-1 that were infected with this virus were initially healthier than their normal counterparts, with far less airway inflammation, less weight loss and lower mortality rates.

Interestingly, though, these genetically altered mice still developed chronic asthma-like changes similar to normal mice - they reached the same level of airway hyperreactivity and mucus-producing cells as normal mice by 11 weeks after infection.

The team also discovered that mice treated with glucocorticoid, a common anti-asthma medication, before cellular remodeling began were at least partially protected from the chronic effects of viral infection.

"Our findings raise the possibility that asthma not only resembles a persistent anti-viral response, but may actually be caused by one," says Holtzman. "These results in mice provide a further basis for determining exactly how similar events may develop in children and adults with asthma."