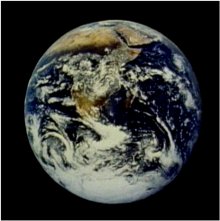 Last year, scientists discovered that the northern hemisphere was becoming increasingly greener due to increased warming. Furthering that study, researchers have discovered that tremendous amounts of tiny pollutant particles thrust into the atmosphere by large volcanic eruptions slow plant growth, but still enhance the ability of lands to act as a sink for carbon, as reported in the May 31st issue of Science. Last September, researchers used satellite data and confirmed that plant life has been growing more vigorously since 1981 above 40 degrees north latitude, which represents a line stretching from New York to Madrid to Beijing. They also determined that the growing season has increased by several days, especially in Eurasia. One suspected cause of this "greener greenhouse" they cited was rising temperatures that are possibly linked to the buildup of greenhouse gases in our atmosphere.

"When we looked at the data between 1992 and 1993, the warming period of the last 20 years was interrupted because of the tiny dust particles (aerosols) shot into the atmosphere by the eruption of Mount Pinatubo," said Ranga Myneni, co-author of the study, and professor at Boston University. The increased amount of aerosols cast into the upper atmosphere from the eruption caused more sunlight to be reflected back into space and cooled the Earth.

During the 1980s and 1990s the land was taking in more carbon than it was putting back in the air, including the years immediately following Mt. Pinatubo's eruption. "That is because although the plants produced less sugars, the soil actually released less carbon, through the soil "respiration" process, which is much like a plant giving off carbon dioxide (CO2) through plant respiration," Myneni said. The end result was that the plants did not produce as much new foliage and take in as much carbon.

The model also showed that soil respiration, the amount of CO2 released by the microbial life that lives in the soil also decreased. The reduction was so great that for the two-year cooler period following Pinatubo, the land mass of the northern hemisphere actually acted as a "carbon sink," where more carbon was taken in than was given out.

The Pinatubo eruption acted as a kind of experiment by Mother Nature to test the researchers. The aerosols thrown into the air by the volcano had a two-year cooling effect, during which time the worldwide greening trend lessened. This effect was exactly predicted in the computer simulation. Carbon dioxide is a main greenhouse gas and is suspected of playing a role in rising global temperatures. If the northern forests are greening, they may already be absorbing more carbon -- a process that can impact global temperature changes.

Wolfgang Lucht is the lead author of the researchers' findings, "Climatic Control of the High-Latitude Vegetation Greening Trend and Pinatubo Effect."