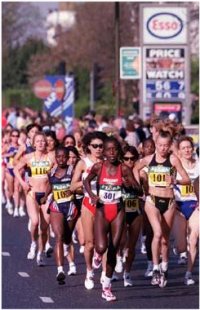 "Research over the last decade has shown that addiction is a brain disease--it comes about because drug use distorts the brain's functioning. This research is an important new lead in efforts to understand just how brain changes get translated into the compulsion that characterizes addiction, " said Alan I. Leshner, Chief Executive Office of AAAS, and formerly Director of the National Institute on Drug Abuse.

"Understanding how this signal works normally, as well as when its activity is abnormally high or low, may shed light on why individuals seem to have different levels of motivation for performing similar tasks," said Shidara.

The signal seems to wind down just before a reward is reached. Understanding that the reward is a "sure thing" may be more important than actually receiving it, said Barry J. Richmond of the National Institute of Mental Health in the United States.

"Imagine you're in a tall building, waiting for the elevator, but it doesn't come. Your anxiety increases, but then you hear a bell ding on the next floor, and you feel better, because you're sure what's going to happen next. The signal we saw is like that," Richmond said.

Shidara and Richmond discovered the "cheerleader" signal in reward experiments with monkeys, which had to successfully complete a set of tasks to receive drops of juice. The tasks involved pressing and releasing a bar in response seeing certain colored shapes on a computer screen.

When the brightness of the bar changed randomly, however, the monkeys made few errors throughout. This change suggests that the monkeys didn't work as hard to get the reward when they knew it was fairly far off in the future, Richmond explained.

"We think we're getting the animal to adjust its motivation level," he said.

Richmond and Shidara predicted that the brain should contain some type of signal that relates to the strength of reward expectation. Searching for such a signal, the scientists used electrodes implanted in a region of the monkeys' brains called the anterior cingulate cortex.

The researchers selected this area because it appears to have a role in monitoring performance and conflict, detecting errors, and selecting responses--all of which depend on assessing the likelihood and timing of a reward.

They recorded the activity of 106 randomly selected neurons while the monkeys performed the tasks. 33 of the neurons responded in a way that related to the monkeys' task series. Some neurons became increasingly active as the tasks progressed and the award became imminent. Others became less active. A third group's activity stayed relatively constant throughout most of the trial, but then dropped at the end.

"Let's assume you had a signal like this, and it was turned up too high; it might make you feel like you had to be trying harder, telling you 'just go on a little further and you'll get satisfied,'" Richmond said. "Our speculation is that this signal never resolves for conditions like [obsessive-compulsive disorder]. Or in the case of addiction, a drug has the effect of satisfying the signal."