Allergies May Rise Significantly Over Next 50 Years 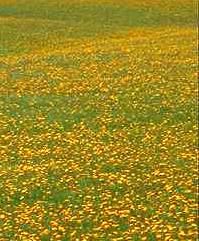 Rising carbon dioxide levels associated with global warming could lead to an increase in the incidence of allergies to ragweed and other plants by mid-century, according to a report appearing in the March Annals of Allergy, Asthma, and Immunology by Harvard University researchers. The study found that ragweed grown in an atmosphere with double the current carbon dioxide levels produced 61 percent more pollen than normal. Such a doubling of atmospheric carbon dioxide is expected to occur between 2050 and 2100. "The side effects of carbon dioxide, as well as its impact on heat budget and the water cycle, have to be taken very seriously," said Paul Epstein, MD, Harvard Medical School instructor in medicine and associate director of the Center for Health and the Global Environment at HMS. "I believe this study can help us understand the true costs of burning fossil fuels."

The indoor ragweed pollen results-61 percent more in the second module-echo the findings of a recent study conducted outdoors in North Carolina, said Epstein. In that study, excess carbon dioxide was pumped into a pine forest, tripling the number of pine cones and seeds. "It is a very important study because it shows how carbon dioxide affects different plant parts," he said. Taken together, the studies suggest that under carbon dioxide-enriched conditions, plants may boost production of their propagative elements to enhance their reproductive success.

In addition to producing more allergens-and possibly more allergy sufferers-such a trend could alter competitive relationships among different plants, encouraging the growth of weedy species. "Rising carbon dioxide levels may skew the whole ecological community by affecting reproductive power," he said. The study highlights the need to reduce carbon dioxide levels. "Carbon dioxide is greater than it has been for 420,000 years," Epstein said. From that time until as recently as the Industrial Revolution, it was only 280 parts per million of air.

"We're outside the envelope, we're pushing the envelope on the terrestrial feedback mechanisms that have drawn down carbon dioxide," Epstein said. "This all points to our need to change our energy diet."