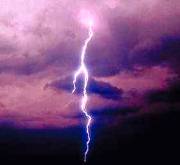 Researchers at Max Planck Institute of Quantum Optics (MPQ) in Garching have succeeded in using an ion trap to precisely position and permanently keep a single ion in an optical field (Nature, November 1, 2001). The team, led by Prof. Herbert Walther, was able to measure the spatial distribution of the field with unprecedented accuracy on a nanometer scale and free of perturbations. Precise control of the interaction between an atom and electromagnetic radiation is a scientific breakthrough - not only for accurately measuring optical fields, but also for future applications. The latter include generation of light with exotic quantum properties and realization of efficient gates in a quantum computer.

Interaction of light and matter is of fundamental importance for understanding processes on the atomic scale. In the macroscopic world, we usually only experience the effect of light averaged over a large number of atoms. The spatial distribution of light on the atomic scale does not play any role. However, in recent years, experimental methods have advanced to the point where single atoms may be investigated. The interaction of a single atom with light depends on the local properties of the light field in the vicinity of the ion. A single atom therefore may be used to obtain information on the microscopic structure of an optical field with unprecedented resolution. However, as a precondition, the position of the atom must be controlled.

High precision is required because distances of only 100 nanometers may separate regions of maximum intensity from total darkness. How can an atom be localized so accurately without disturbing the light field to be measured? Gerhard R. Guthoehrlein, Matthias Keller, Kazuhiro Hayasaka, Wolfgang Lange and Herbert Walther of Max Planck Institute of Quantum Optics have succeeded in solving this problem. They used a single ionized calcium atom, confined in a radio frequency trap. By means of laser excitation, the ion was cooled to a temperature of less than one-thousandth of a degree above absolute zero. The ion's motion is then restrained to a region 60 nm in diameter. This is only a fraction of the wavelength of the UV radiation absorbed by the calcium ion (397 nm), so that structures on a much smaller scale may be resolved.

Using a radio frequency field as the trapping mechanism has the decisive advantage that the interaction of the ion and light is not perturbed at all. The stored ion thus becomes a perfect nanoscopic probe, which is operated as a near-field detector: by absorbing radiation from its vicinity, the ion samples the local intensity of the light field. Observing the fluorescent radiation emitted by the ion yields information on the light field - more fluorescent light corresponds to a larger intensity at the ion's position. The Max Planck researchers repeated the measurement at different positions of the ions. Putting together the acquired intensity values, they created an atomic-resolution image of the field surrounding the ion.

In the experiment, the researchers probed the light field between two high-reflectivity mirrors separated by a distance of only 6 mm and illuminated by laser light. With the calcium ion employed as a nanoscopic camera, it was possible for the first time to directly image the three-dimensional intensity distribution of the strongly localized radiation field. In this way, the scientists have performed the most precise measurement to date of a radiation field.

Resolving the structure of microscopic radiation fields is not the only application of a single trapped ion. Conversely, it is possible to expose the localized ion to a well-defined radiation field of fixed intensity for an arbitrary time. This cannot be accomplished with free atoms, since they undergo random motion. The technology may be applied to generate light with properties beyond the realm of classical physics, requiring a description in terms of quantum mechanics. "For example, with our setup it would be possible to generate light pulses containing exactly one quantum of light. Such a source would provide an excellent basis for secure transmission of information," says Prof. Herbert Walther, head of the research team and Director of Max Planck Institute of Quantum Optics. "However, the greatest benefit would be reaped for the development of an atom-based quantum computer. Precise control of the interaction of light and ions facilitates the exchange of quantum information between the ions and is superior to the methods that have been discussed so far."

The single-ion nanoprobe is a decisive step towards realizing a universal gate for the quantum states of trapped ions.