Lefties Have A Better Memory 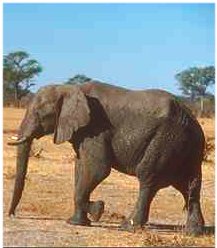 Does coming from a family full of "lefties" tend to make a person better at remembering events? The data from two recent experiments answer in the affirmative. What's more, psychologists may finally be able to explain why kids don't remember events until they are about four years old. This recent research is reported in the October issue of Neuropsychology, published by the American Psychological Association (APA).

Stephen D. Christman, Ph.D., and Ruth E. Propper, Ph.D., of the University of Toledo in Ohio, studied memory as a function of family handedness. Interestingly, people don't have to be personally left-handed to share a unique trait: There is evidence that the two brain hemispheres of even right-handers with left-handed relatives share functions more equally, interact more and are connected by a larger corpus callosum (the bundle of mediating fibers) than the hemispheres of people with right-handed relatives. Although it is not well understood, there is a hereditary component to handedness.

Christman and Propper studied two types of memory -- episodic (the recall and recognition of events) and non-episodic (factual memory and implicit memory, the latter of which concerns things people "just know"). Strength or weakness in either, says Christman, "may not have much effect in educational settings, as we can recall things we have learned by 'remembering' them (episodic memory) or by 'knowing' them (implicit memory). The main difference is that people who 'remember' can also recall details about the time and place at which they first learned this fact."

In the first experiment, which studied 180 right-handed Air Force recruits at Lackland Air Force Base in San Antonio, Christman and Propper found that for different types of word-memory tasks, participants with left-handed relatives had superior episodic memory and inferior implicit memory, at a rate greater than chance. The researchers therefore speculate that a higher level of inter-hemispheric interaction facilitates episodic memory.

In the second experiment, the authors studied episodic and semantic (factual) memory in 84 right-handed undergraduates, studying what happened when they presented words and letter strings to either one part of the brain or to both. When Christman and Propper presented stimuli to one part of the brain, participants remembered facts better. When the researchers presented stimuli to both halves of the brain, participants remembered events better -- again supporting the role of inter-hemispheric processing in episodic memory.

Christman and Propper conclude that because our brains' two halves work together to help us remember events, people whose brains' halves work together more actively (people with left-handedness in their families) remember events better than they remember facts. As a result, the authors say that memory studies should factor in the familial and probably personal handedness of participants (having a weak versus strong hand preference may also matter). Further research may help explain why episodic memory benefits from the two halves working together, whereas factual/implicit memory is better processed in one half alone.

The researchers stress that memory performance has nothing to do with so-called "brain dominance." "While the notion of people being right-brained or left-brained is common in the popular press," says Christman, "it has received very little support in the scientific literature. Both hemispheres of all people are going to be involved in virtually all tasks."

Finally, the findings shed light on why children have no episodic memories until about age 4. The onset of episodic memory roughly coincides with the corpus callosum's maturation and myelinization, the growth of fatty protective sheaths around nerve fibers. In light of the findings, it would mean that a functional corpus callosum is critical in the formation of event memories and therefore explain why its maturation in early childhood is at least partly responsible for the emergence of episodic memory.