You are here: Home › News › Prof Says Science Textbooks Full Of Errors
By Will Parker on January 4, 2001 in News 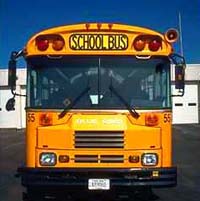 Educators and parents place a great deal of faith in the accuracy of their children’s textbooks. A new examination of some of the most widely used middle school physical science textbooks, however, has found texts that incorrectly state Newton’s first law of motion and show the equator passing through the southern United States.

The purpose of the two-and-a-half-year study, sponsored by a grant from the David and Lucile Packard Foundation, was to review and critique a dozen physical science textbooks used by a significant number of middle school students (sixth, seventh and eighth graders).

The results were less than encouraging. Hubisz and his colleagues found numerous errors in scientific accuracy, faulty portrayals of the scientific approach and inappropriate lessons for particular grade levels.

“The books have a very large number of errors, many irrelevant photographs, complicated illustrations, experiments that could not possibly work, and diagrams and drawings that represented impossible situations,” the report asserts. Most of the report’s 100 pages list specific errors from several of the books reviewed.

In addition to those problems, the reviewers also had difficulty contacting the “authors” listed on the covers. “Of the several names listed in several of the textbooks, none that we contacted would claim to be an author and some did not even know that their names had been so listed. Instead of authors, we have a collection of people who checked parts or aspects of the textbook. Some of these reviewers actually panned the material and heard nothing further from the publisher,” the report states.

“Our goal is to put pressure on publishers to get real authors for textbooks and for those authors to be in the right academic discipline,” Hubisz said. Most of the physical science “authors” were biologists.

Without a clear-cut author to contact about errors, the study panel contacted publishers, who for the most part either dismissed the panel’s findings or promised corrections in subsequent editions. Reviews of later editions frequently turned up more errors than corrections, the report says. Most publishers of the books reviewed are large, well-known companies that produce many of the science texts in today’s classrooms, Hubisz says, and should be more responsive when confronted with errors that need to be corrected.

Committees that choose textbooks for school districts are often enticed by the visual appeal of textbooks like the ones reviewed by Hubisz’s panel. But the report maintains that textbook layout — with many illustrations, graphics and other attention-grabbing items — frequently does not aid the instruction of middle school children. Moreover, much of the “eye candy” had little to do with science, leading the panel to believe that graphic designers and text writers had little to no communication in the production of the textbook.

The report also questioned the exercises used to test understanding in the reviewed textbooks. Many were exercises in rote memorization, rather than in experimentation or using mathematics appropriate to students’ grade level. Applying graphing or ratio and proportion skills in these exercises would benefit students much more than simply regurgitating definitions, the report contends.

The 100-page report was just the tip of the iceberg, Hubisz says. Reviewers purposely listed only a sampling of the errors found during the textbook review.

Hubisz plans to set up a Web site that will list other errors. The site, which should be up and running next fall, will solicit more textbook reviews and will post reviews in an ongoing effort to assist teachers, potential authors and publishers.