What Your Handshake Says About You 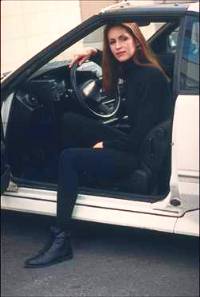 A new study backs up what the etiquette books have been saying all along, that a firm handshake helps makes a good first impression for both males and females. The study, reported in this month's issue of the Journal of Personality and Social Psychology, a journal published by the American Psychological Association (APA), finds that consistent with the etiquette and business literature, there is a substantial relation between the features that characterize a firm handshake (strength, vigor, duration, eye contact and completeness of grip) and a favorable first impression.

The University of Alabama study involved 112 male and female college students whose handshakes were evaluated by four handshake coders who received one month of training and practice in shaking hands and evaluating handshakes before the study began. The students, who didn't know their handshakes were being evaluated, had their hands shaken eight times (twice with all four experimenters) and they also completed four personality questionnaires.

Results of the study, according to lead author William F. Chaplin, Ph.D., show that a person's handshake is consistent over time and is related to some aspects of his or her personality. Those with a firm handshake were more extraverted and open to experience and less neurotic and shy than those with a less firm or limp handshake. The researchers say these results demonstrate that personality traits, assessed through the self-report, can predict specific behaviors assessed by trained observers.

Dr. Chaplin says the implications of the study may be important for self-promotion strategies used by women. "The result of this study differs from the typical finding that women who exhibit confident behavior that is similar to the behavior of men often make a more negative impression than the men," said Dr. Chaplin. He says the current study was similar to real-world situations of business contacts and employment interviews where "giving a firm handshake may provide an effective initial form of self-promotion for women that does not have the costs associated with other less subtle forms of assertive self-promotion."