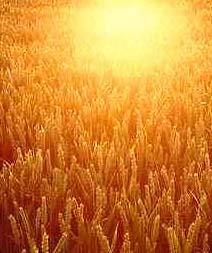 A group of plant biologists is calling for a major scientific effort to understand the biological machinery of a plant in enough detail to construct a virtual plant that can be used to examine every aspect of a plant's development.

In a report on The 2010 Project, the authors propose a multinational effort to determine the function of all the genes and proteins in the model plant, Arabidopsis thaliana. A summary of the report on The 2010 Project workshop, which was held in January at The Salk Institute for Biological Studies, is published in the June 2000 issue of Plant Physiology. By publishing working drafts of the project report, the researchers hope to elicit comments from members of the research community that will be considered before the final report is submitted to the National Science Foundation (NSF) this summer.

"The goal of the 2010 Project is to understand all the genes of Arabidopsis. This is the only way we are going to understand what makes a plant a plant," said workshop co-chair Joanne Chory, a Howard Hughes Medical Institute (HHMI) investigator at The Salk Institute. "As with the Human Genome Project, knowing the gene sequence is just a start. Understanding what the genes are doing is the real challenge that we're all facing."

The full sequence of the 25,000 genes of Arabidopsis— the first flowering plant to be completely sequenced— will be available around mid-2000. The workshop, which was sponsored by the NSF, aimed at charting a scientific course to take advantage of the complete gene sequence once it becomes available. Writing in Plant Physiology, the authors state, "The ultimate goal of The 2010 Project is to broaden the scope to consider how genomics could be applied to understand all plants."

Arabidopsis, a member of the mustard family that also includes cabbage and radish, is the laboratory mouse of the plant kingdom. Like the mouse, Arabidopsis is small, prolific, easily grown and has a rapid lifecycle. Arabidopsis has the smallest known genome of any flowering plant, and researchers already have an array of tools available for use in genetic studies.

The 2010 Project report outlines an ambitious 10-year effort that emphasizes the training of scientists and the continued development of research tools. The plan calls for the establishment of specialized gene technology centers that will facilitate the implementation of the latest technologies, such as gene microarrays and computational analytical techniques.

Also included in the plan are a number of detailed milestones to ensure progress in the development of research tools to study the function of Arabidopsis genes. Toward the end of the 10-year project, the researchers propose integrating knowledge gained through studies of single genes into a broader understanding of how these gene networks interact with one another to build cells and tissues. Finally by 2010, plant researchers hope to construct a complete "wiring diagram" of all the biological pathways of Arabidopsis.

"Ultimately, we hope to create a 'clickable plant,'" said Chory. "We want to be able to go to our computers and click on a cell type and understand all the protein-protein interactions.

"We'd love, for instance, to see a four-dimensional view of a plant that covers all the details from when the seed germinates to when the next generation seeds fall off the mother plant. And we'd like to be able to stop the process at any phase in the plant's life-cycle and see which proteins are expressed and how they interact."

Chory noted, however, that the goal of building a virtual plant would require major scientific advances in understanding Arabidopsis.

"The functions of almost half of the plant's proteins are still unknown," said Chory. "So, we've got an extremely ambitious goal to fully understand their function.

"Understanding how every protein interacts with others is a central goal in all proteomics," she said. "So, unless you study all proteins, you won't be able to answer questions about these interactions effectively."

"Most of the genes in Arabidopsis are found in every other plant," she said. "So any discovery in Arabidopsis is very easy to apply to any other plants, such as crop plants or medicinal plants. Thus, these studies will either have very powerful predictive value, or even enable scientists to insert an Arabidopsis gene directly into a crop plant or manipulate the crop plant gene."

The 2010 Project will take into account the limitations of Arabidopsis as a model plant by advocating similar studies in other plant species, noted workshop co-chair Joseph Ecker of the University of Pennsylvania.

"We recognize that there are a number of biological processes in other plants that are important for agriculture, human health and energy that don't appear in Arabidopsis," said Ecker. Nitrogen fixation in legumes and the production of secondary plant compounds that might have medicinal value are just two examples, Ecker noted.

Ecker also emphasized that Arabidopsis studies will be coordinated with research on critically important crop species, such as rice, to avoid duplication and to provide basic knowledge that can be applied to agriculture.

In particular, he cited the need to coordinate reverse genetics studies in which the function of a gene is determined by mutating a gene and studying the resulting phenotype.

"It's very easy to reinvent the wheel," he said. "Reverse genetics studies will be of major interest in the area of functional genomics, and many of the planned experiments will be much more fruitful if they're coordinated."

According to Chory, studies of Arabidopsis will also aid more general understanding of biological principles. Plant genomic research can aid understanding of "phenotypic plasticity," for example — how organisms alter their genetic expression in response to the environment.

"Plants more than almost any other organism change their development in terms of their environment," she said. "And since they are an easily manipulated system, we can begin to ask some very fundamental questions about the effects of the environment on plasticity. Asking these questions in plants will yield techniques that can be applied to other organisms, including animals."

A fundamental understanding of Arabidopsis, she said, will also play a key role in the critically needed increase in agricultural productivity.

"We need another Green Revolution in the next 50 years," said Chory. "Since we're going to have nine billion people on this planet, we'll need to double our food output. And, we need to do it intelligently, not by using up all the arable land on earth. Since we've already achieved much of the productivity increase we can through traditional breeding, we will need to use transgenic technology to take the next steps in domesticating wild species and producing higher-yield, more nutritious crop plants."

Added Henikoff, "While genetically engineered crops have received considerable bad press lately, we must realize that such crops as vitamin A-enhanced rice could have immense impact on human health, relieving the suffering of millions."