Short Boys More Likely To Be Kept Back At School 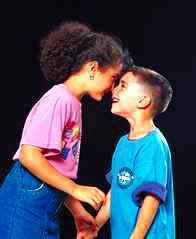 Short boys are more likely to repeat a year at school, indicates research in Archives of Disease in Childhood. Birthweight and parental education, which are often associated with differences in children's stature, did not influence the findings.

Researchers from the University of Melbourne measured the height of a cross-section of just under 3000 children from 24 different primary schools. There were approximately equal numbers of boys and girls, ranging in age from 5 to 12 years. There were around 400 children in each school year.

Older boys were relatively shorter than their younger peers for each of the school years: two thirds of the 'repeaters' were boys. The findings could not be explained by social and economic factors, ethnicity, or parental education levels-all factors associated with height differential. Height did not affect girls' progress at school.

The authors suggest that while the smaller boys might have been performing less well at school, overall, than their taller peers, their height may have "tipped the balance" in favour of a decision to keep them back a year. This may reflect societal attitudes towards short children, they conclude. There is some evidence to show that height influences the way in which a person is perceived, and that adults tend to treat children at a level appropriate to their size rather than their age.