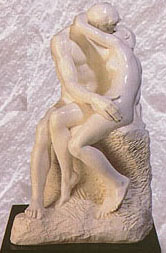 We have all had a skin rash at some time whether it was nappy rash many years ago or that nasty little private itch after the last away conference. Generally we just put up with the discomfort and it goes away or if we're worried we toddle off to our local doctor.

Unfortunately your local doctor may have some difficulty diagnosing some rashes that can be dangerous or even deadly like Rocky Mountain spotted fever, acute meningococcal meningitis and toxic shock syndrome (staphylococcal or streptococcal).

Rashes come in many varieties ranging from pimples, lumps, bumps and blisters to those that are dry, scaly, red and itchy. To you and I these are all pretty much one and the same (an annoyance) but proper treatment depends on the right diagnosis and sometimes the underlying problem is much more serious than a simple rash.

At a recent conference held by the American Academy of Dermatology, Lisa A. Drage, MD, Assistant Professor of Medicine in the Department of Dermatology at the Mayo Clinic said, "Many people don't understand that skin rashes can be important clues to serious diseases. Although most rashes are not life-threatening, some must be treated seriously."

So before you dismiss your next scratch just remember it could be a symptom of Hodgkin's disease, diabetes, inflammatory bowel disease, lupus, or a serious kidney, liver or thyroid problem!

� Rocky Mountain spotted fever is a seasonal disease caused by human-tick contact. After flu-like symptoms, a rash appears on the fourth day on the wrists and ankles, spreading to the palms and soles. Eventually it spreads to the arms, legs and trunk. If untreated, it can lead to gangrene. The mortality rate ranges from 5%-25%

� Meningococcal disease, is spread by sneezes and coughs. It is most common in patients under 20 and during the winter and spring. The mortality rate is 10-20%. Skin lesions are a common and important early diagnostic clue to this rapid and potentially deadly illness

� Staphylococcal toxic shock syndrome is caused by an infection or colonization with a bacteria that produces toxins. First brought to wide public attention due to a link with tampon use, it commonly occurs among both sexes as a result of infections after wound infections, influenza, surgical, barrier contraceptives, or a localized staphylococcal infection. The symptoms are a sunburn-like rash followed by a scaly rash, particularly affecting the hands and feet. Mortality rate in menstrual-related cases is less than 5%, but jumps to 10%-15% in other cases � Streptococcal toxic shock syndrome is caused by an invasive infection. It tend to occur in soft tissue wounds like lacerations, surgical incisions, burn sites, skin ulcer s and childbirth trauma. Symptoms are swelling, tenderness, redness or blisters. Mortality rate 30-70%

"Many times the first physician to see a patient with a life-threatening rash is not a dermatologist," said Dr. Drage. "It is important that dermatologists work closely with other medical specialties to educate them about the importance of properly diagnosing rashes and the role dermatologists can play in making the appropriate diagnosis."

So there you have it, your itch might be a very minor medical condition, but then again it might just be Rocky Mountain spotted fever..........