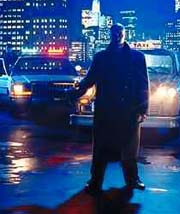 When Williams College announced it was adding a new course, "Violence," to its liberal arts curriculum last fall, Eileen Bevis a first year student from Winter Springs, Fl. said she decided to enroll because "in the aftermath of the school shootings, I thought the course might help me understand why the students decided to do what they did, at least better than the explanations given in the news."

The new course grew out of last year's Harry Frank Guggenheim Foundation's international competition to develop an introductory curriculum on violence. The foundation, which sponsors scholarly research on violence and aggression, chose sociologist Robert Jackall's curriculum from the many submissions they received.

Jackall's winning curriculum offers a commanding perspective on human violence, introducing students to its study from a range of perspectives. Its aim is to provide broad historical and comparative frameworks within which to locate and understand violence.

"I think that this course really propelled me outside the realm of searching for easy answers to complex issues," said Lizette Klussmann, a sophomore from Cortland Mountain, N.Y.

While based on anthropology and sociology, the course incorporates materials and viewpoints from biology, philosophy, politics, social psychology, art history, and literature.

"Seeing violence through the eyes of authors such as Arendt, Sorel, Durkheim, Marx, Livy, Tacitus, Suetonius, Thoreau, and Weber, among others, was a fascinating experience," said Justin Crowe, a first-year student from Port Washington, N.Y. "The chance to see violence in the context of many different fields was an opportunity too enticing to pass up."

Students were introduced to the primal roots of violence; the universality of and fascination with violence; public and private manifestations of violence--institutionalized, ideological, interpersonal, and criminal; and forces of order and peace.

"Its principal aim," said Jackall, "is to provide students with broad historical and comparative frameworks within which they can begin to understand violence and its many meanings."

Lectures and discussions were supplemented by readings from more than 75 books. Students did individual research on a broad range of interests, from the Eichmann trial, to how juvenile delinquents are treated by our country's justice system, to an examination of political violence in the Roman Republic, to violence and cult leadership, to sex and violence in literature and film.

"Despite the fascination with and appetite for violence evinced in humankind, it is a phenomenon that people often find so disturbing that they ignore it until it bursts human relationships and social order itself," said Jackall.

A course like this. he believes, gives students "a deep understanding of the repeated patterns of human violence across epochs and societies and tempers easy optimism about the efficacy of policies to remedy violence in general or even particular forms of violence."

"It caused me to ask a lot of questions about society and civilization and about concepts such as honor or guilt," said Rory Kramer, a first-year student from Princeton, N.J. "To study some of the violent acts that society perpetuates, shuns, or accepts leads to a lot of inner debate about your own views."