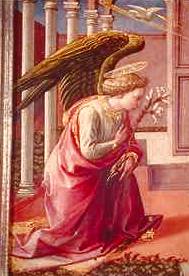 As science advances we are able to build an ever-better rearview mirror with which to look back onto past events - a case in point is the branch of inquiry known as Historical Diagnosis.

For most of us who struggle anonymously to get through the winter without the flu or to avoid major health problems by passing up all the fun vices like promiscuous sex, smoking and drinking -this branch of learning will hold little interest. Historians are another kettle of fish altogether. They seem morbidly attached to knowing or trying to know what killed off their idol(s) with the fate of Wolfgang Amadeus Mozart being a case in point.

At a recent clinical pathology conference (CPC) sponsored by the University of Maryland's School of Medicine the death of Mozart more than 200 years ago was the focus of much debate. And now for the first time in cyberspace we can tell those of you who just can't get through another sonata day without knowing what happened! The scoop according to medical sleuth Dr. Faith Fitzgerald of the University of California is that, "Mozart was probably the victim of an acute case of rheumatic fever".

At a CPC, an unmade patient's case history is presented to an experienced clinician for debate in an academic forum. "This method teaches medical students and residents how to properly diagnose difficult or challenging cases," says Philip A. Mackowiak, Professor of Medicine at the University of Maryland. "Since 1995, we have examined the deaths of Edgar Allan Poe, Alexander the Great, Ludwig van Beethoven, General George A. Custer and Pericles. For the year 2000, we chose Mozart because of his unusual case history and the ongoing debate over what caused his death."

Theories about what ended Mozart's life have ranged from poisoning by arch rival Antonio Salieri to typhoid, liver and kidney failure. However, "while conspiracy theories make good fiction, there is no historical evidence that Mozart was murdered," says Neal Zaslaw, Professor of Music at Cornell University, "Mozart was vigorous and successful right up until the time he fell ill," he says. "In the last year of his life Mozart composed two operas, participated in an unbelievable number of performances, and maintained a busy social life."

Rheumatic fever is now rare in developed countries but is an immune system disease, which probably happens after a streptococcus bacterial infection. Dr. Fitzgerald's diagnosis was based on a careful analysis of the letters written by Mozart's family and physicians. These describe Mozart as being stricken suddenly with a high fever, swelling of the arms and legs, headaches, rashes and extreme pain. As his illness progressed, he was alert and coherent, but became increasingly agitated. After two weeks, Mozart was suffering from continued diarrhoea and vomiting and he became so swollen that his clothes no longer fitted.

After 15 days, Mozart died on December 5, 1791, but not before telling a colleague how to complete his masterpiece, the Requiem.

In her diagnosis, Dr. Fitzgerald rejected liver disease and kidney failure as there was no sign of jaundice and Mozart's mental faculties remained unaffected. Typhoid fever was also ruled out as Mozart's gastrointestinal problems were not severe enough. So in the final analysis Dr. Fitzgerald thinks it was rheumatic fever that weakened Mozart's heart, causing fluid retention and extreme swelling. "Finally," says Dr. Fitzgerald, "there's Mozart's sudden distaste for the singing of his pet canary. Irritability is a classic symptom of rheumatic fever."

So while academics can try to identify why famous people died, don't you think it's a bit odd that we don't pay anywhere near this attention to those who are living, but who just happen to be poor or and uninsured?