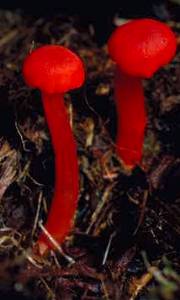 Most people have an array of locks, alarms and home protection devices to protect their 'castle' from external intrusion. Yet how many of us worry about little things like mould? Very few but we should because according to William Rose of the University of Illinois, mould is an insidious, potentially very harmful, trespasser.

"Homes shouldn't be moldy places," said Rose. "There is always a little mold everywhere. A little bit of mold is OK; a lot is bad."

Do we really need to worry about a simple little thing like mould? In short, the answer is a qualified 'Yes' because some moulds do pose a health risk. There are media scare stories about families who have had to flee homes infested with a variety of toxic mould known as Stachybotrys atra. In scientific circles documented cases of Stachybotrys are rare but there are persistent claims linking it to the construction methods and materials used in new homes (however this has yet to be proved or disproved).

Rose attributes growing concerns in the US to marketing campaigns run by construction and supply companies that warn of the "evils of moisture".

But mould can be a structural and health problem particularly for those with respiratory ailments. Asthma is a good example where scientists have yet to determine a single cause for a increasing number of asthma sufferers. Household moulds are one of s shortlist of suspects.

So keep the doors locked and the alarm connected, but as part of an annual preventative maintenance program homeowners could do worse than heed Rose's advice to "go on a crusade to visit all those places in the house they rarely visit or inspect - particularly crawl spaces and access panels for plumbing."