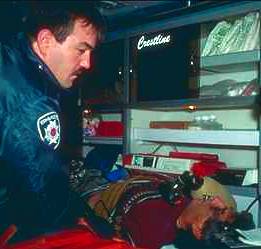 Predicting how an epidemic of say, measles, chicken pox, rubella or polio might spread is an important consideration for health authorities and doctors.

Most modeling techniques use very complex mathematical models to try and predict the dynamic of a disease. Now a team of researchers has developed a far simpler model based on an analysis of measles epidemics. Analysis of data from this new model indicated that changes in vaccination and birth rates could have a much greater impact than was indicated by existing modeling techniques.

The research, published in Science, was a joint venture between University of Cambridge (UK), McMaster University (Canada) and the University of Florida (USA). Researchers used historical data on measles epidemics in New York, Baltimore, Liverpool and London.

While only strictly applicable to measles the model may also help with other diseases like whooping cough, rubella, polio and chicken pox as well to predict the development of insect infestations. To test their hypothesis researchers also examined historical records of births, vaccination, and mapped these against the cases of measles.

"The model we have developed is simpler than others that are currently being studied. Our approach will make it easier to address other problems in epidemiology and ecology," said David Earn, a professor of applied mathematics at McMaster University.

In this publication we seem to always be writing about esoteric scientific breakthroughs based on fantastically complex analysis and research. So for us it is great to be able to report about research that seems far less complex but which may have a major impact on something as important as public health policy.