We've seen it but we don't believe it 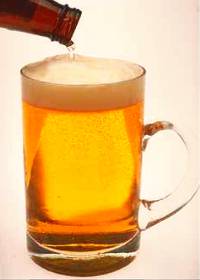 In a shameless piece of self promotion Canada's University of Alberta's Health Centre claims that it is teaching Generation X (yes those global slackers who sap your wallet each week) about sex !

They claim to have some interesting stats to back it up. The centre developed a software program that deals with AIDS, safer sex, alcohol, healthy eating habits and how to cope with stress (in this office we would love to know). Apparently the measure of their success is that people from over 62 countries as diverse as Nepal, Namibia, Australia and the United Arab Emirates have requested CDROMS or downloaded the software. While all this sounds mighty impressive we have heard plenty of similar claims and it's a bit like Science A GoGo saying we hold sway over the GenX science market because we serve out pages to schools and educational institutions from more than 62 countries.

Anyway the original idea came from a student AIDS project in Canada and has since snowballed to the extent that computer kiosks with the program can now be found on campuses around Canada and in the US. The core audience is post-secondary students but the information can also be used in schools. A second extension program dealing with sexual decisions is due out in March.

Judy Hancock, Health Education Coordinator of the Health Centre at the University of Alberta, writes and produces the software.

She wanted to develop a fresh, young and 'cool' program that used the Internet to reach GenXers. Her research indicated that many students were not getting the opportunity to find out about awkward subjects and that the Internet was performing this educational role, albeit rather badly. She felt that by using this program, students would be able to access relevant information in the privacy of their own room (she had obviously never heard of filtering software). The program was written and designed to meet the media 'needs' of the audience so that it would not be perceived as adult propaganda.

Apparently Hancock thinks that parents should still fulfil the sex educator role, but that they have too great an apprehension in approaching these subjects. Frankly, I'm shocked. My parents loved talking about their drug habits, unorthodox sexual practices and illicit lovemaking activities, but generally only after 'alcohol therapy' and with their close friends, not their kids!

Maybe GenX really love this program, but does Ms Hancock really think that a virtual primer about life is better than the real thing or that it can stop teenage hormones from overruling common sense? Perhaps she would be better of measuring the success of her program by the actions of her audience rather than the number of downloads from her web site.