Best serious science of the week 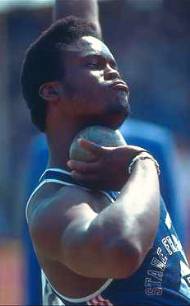 Amyotrophic lateral sclerosis (ALS), a devastating nervous system disorder also known as Lou Gehrig's disease. Discovered in 1869 ALS, became known as Lou Gehrig's disease after the legendary American baseball player who died from the disorder in the 1940's. The disease affects the motor nerve cells in the spinal cord, leading to a gradual weakening muscles and eventually to paralysis. The disease does not significantly affect the brain, so central nervous system functions like language, memory and are left intact while muscle and nerve cells are gradually impaired.

Sufferers of Lou Gehrig's disease eventually die from respiratory paralysis, generally within five years of the initial diagnosis. Current treatments can't reverse the disorder and can only be used to relieve its symptoms.

Now researchers from Rockefeller University in Lyon, France and the University of California Irvine (UCI) College of Medicine, have discovered a virus in the spinal cords of victims of Lou Gehrig's disease. This important finding provides evidence of a possible viral cause of the disease that may eventually result in the development of treatments for the disorder, for which there is no known cause or cure.

Martina Berger, a researcher at UCI found that 15 of 17 victims of Lou Gehrig's disease showed evidence of a virus in the motor nerve cells of their spinal cords. The virus was resembled an infectious agent called Echovirus-7 that is known to cause rare cases of encephalitis and meningitis. "Many researchers have suspected a viral link to ALS, but in this study we were able to identify a virus known for nerve damage in the exact areas of the nervous system that are affected by this disease. We think this knowledge will help us finally uncover what causes this disease and may someday lead us to developing a treatment," said Berger.

Berger and her colleagues used reverse-transcriptase polymerase chain reaction, a highly sensitive technique that can detect the presence of viruses using trace amounts of their genetic material.

Berger plans to continuing the research in the US to identify whether the virus can be confirmed as the cause of the disease or whether it's a byproduct of a still-hidden cause.

This report is a welcome change in the Science A Go Go office, where our staff are all suffering from collective depression after the failure of the Y2K bug and other potentially exciting apocalyptic millennial events!