Smile your on surgery camera 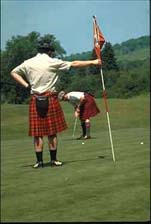 Many elite sports people use videotape reviews to improve their performances. Now, researchers from Johns Hopkins University have concluded that videotaping can help doctors improve the outcome of prostate and other surgeries.

While this may seem a very obvious step apparently it's not, but perhaps doctrd don't have enough time to enjoy watching videos?

"To the best of my knowledge, the use of videotaping to improve outcomes has not been done before in any surgical field," says Dr. Patrick Walsh, of the Brady Urological Institute and lead author of the study. "In radical prostatectomy, minor differences in surgical techniques can have a major impact on results. Surgeons who have less than optimal results should consider videotaping every operation and, when they have a successful one, they should watch the videotapes and see what they did right."

The researchers found that when patients were asked at 12 months whether they had a problem with urination, 98 percent said they did not have a problem or, if they had a problem, it was small. At 18 months, 86 percent of the men reported being potent, with the recovery of sexual function varying with age. "I found that there were patients who did well early, and some patients who didn't do well until later," says Walsh.

To investigate the differences in the outcomes of the surgery with this group Walsh reviewed videotapes of 10 patients who were continent and potent at three months and the videotapes of 10 men who were not potent at one year. He identified four small variances in surgical technique that were associated with better outcomes and went on to show that this could be explained by minor variances in the anatomy of these patients. He found that the four techniques were predictive of side effect rates.

Walsh said, "Surgeons who don't have good outcomes would benefit from videotaping their operations. Then, when they have a success, they can go back and see if they can find what makes the difference in their technique." He also believes that swapping tapes among institutions will help to improve surgeries.

At Science A Go Go we find it pretty hard to believe such a basic learning technique is not already widely used in medicine, after all plenty of surgeons have had their golf swings analysed by video, so why not their operations? If we were an insurance company (or a patient) we would demand it, as medical errors kill a significant number of patients as well as adding to the burgeoning cost of public and private medicine.