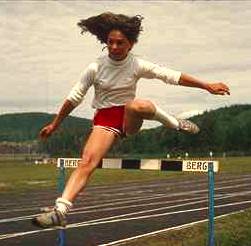 No this is not some throw back to 60's, but some interesting research results into an antioxidant.

Alpha-lipoic acid (ALA) has been used in the treatment of diabetic neuropathy for decades and according to researchers at UT Southwestern Medical Center at Dallas also works as an effective antioxidant in humans. ALA is important for diabetics as it can improve blood-glucose control by improving insulin action while inhibiting the oxidation of low-density lipoproteins (LDL) cholesterol - the bad stuff that contributes to heart disease. ALA is produced by the body to aid energy metabolism but also inhibits the oxidation of protein, (LDL) and DNA.

During the research 31 healthy patients took random daily supplements of either 400 units of vitamin E or 600 milligrams of alpha-lipoic acid for eight weeks, alone and then in combination (over a period of 16 weeks in total).

Urine tests indicated that lower levels of those taking both vitamin E and ALA had reduced levels of F-2 isoprostanes (a marker of oxidative stress). Blood tests showed the same patients also had reduced LDL oxidation. But only those receiving ALA had decreased levels of protein carbonyls (that occur after damage from free-radical oxidation to proteins), as well as reduced levels of oxidised LDL. Protein oxidation has been linked to heart disease and aging and as ALA is both fat and water-soluble, it may be far more effective than other antioxidants.

According to Dr. Ishwarlal Jialal, professor of pathology and internal medicine at UT Southwestern, "This is exciting because it may have important implications for aging. Alpha-lipoic acid is better than vitamin E at inhibiting protein oxidation."

Given the competition in the complimentary medicine market it will probably be only a short while before you will be able to buy ALA based antioxidants.