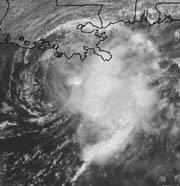 In startling new research results indicate that information on pollution is flawed at best and at worst could be entirely wrong. This is the claim of microbiologist David Lewis, a scientist at the University of Georgia whose research paper has just been published in October edition of Nature. If he is correct then the consequences of this error could threaten public health and the environment rather than protect them.

This research looked specifically with chirality, a peculiarity exhibited by chemicals with asymmetric molecules. Asymmetry causes molecules of the same chemical pollutant to exist as mirror images of one another. Many of the building blocks of organisms, including proteins and amino acids are chiral and so the effects of chiral pollutants depends on how well the toxic portions of the pollutant fit together with molecules of living things. The crux of this issue relates to molecular shapes and how the environment affects the endurance of pollutants. When molecular shapes don't allow a close fit, they can't interact well and therefore these chemicals pose a less-serious threat to living things.

Molecules with ill-fitting mirror-images are known as enantiomers. 50 of the top 100 best-selling drugs (including Ritalin and ibuprofen) are marketed after separating out the enantiomers with harmful side-effects, such as the birth defects found three decades ago with the drug thalidomide. Lots of pollutants are chiral, including pesticides and polychlorinated biphenyls chemicals.

According to the new study the problem is twofold:

2 Environmental changes appear to impact on which mirror-images persist in the environment by affecting soil microbes responsible for breaking down the chemicals.

According to Lewis, "Our study emphasizes the fact that much of the historical environmental data collected on pollutants is unreliable because so many of the chemicals are chiral, and the data do not distinguish which mirror-images of certain chemicals were present and which were harmful. The good news is that many environmental pollutants including some DDT derivatives, PCBs and plasticizers aren't as bad as previously thought. On the other hand, steps taken to protect the environment, such as using treated sewage sludge as a commercial fertilizer, will likely increase the persistence of the more toxic forms of some pesticides. In general we concluded that global environmental changes, such as tropical deforestation, nutrient pollution and global warming will significantly alter the risks posed by many pollutants making the effects of some worse and some less harmful. Without knowing how chiral pollutants will be affected, environmental measures aimed at reducing the effects of pollution are being formulated virtually in the dark."

About one quarter of pesticides are chiral, but the high cost of separating mirror images is prohibitive for most pesticides and industrial chemicals (exceptions for the herbicides dichlorprop and mecoprop, in which include single enantiomers).

As part of the project the researchers assessed the: Persistence of different pollutant enantioners

Impact of fertilizers and of tropical deforestation

Impact of the genetic diversity and biogeography of bacteria capable of changing chiral chemicals.

The results of this study seem to indicate that the current methods of determining which chemicals pose threats to the environment may be worthless, and that changes in understanding the chirality of pollutants must occur before environmental policies can have proper scientific credibility. "I don't think it's so expensive to create single-enantiomer pesticides that it couldn't be done. I believe in some Scandanavian countries that they are marketing them already. More and more, it will become technically feasible, but first we must understand the toxicity associated with them, and right now we don't even know that."