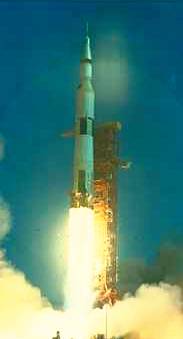 Every parent has goes through this scenario at some time. You ask your child to do a small task like picking up two kinds of bread, only to find they return with only one loaf of something different. Well according to Professor Nelson Cowan of the University of Missouri-Columbia's Psychiatry School this scenario is a normal part of human memory development.

"Prior to this research, the common view was that young kids differ from adults because they don't use the same kinds of strategies, such as pneumonic devices, that adults use to help them remember items," said Professor Cowan, "I don't deny that this difference exists, but there are more fundamental differences that we have found. As a child develops, the brain is automatically able to hold more information than before. It's a matter of maturing."

Cowan's team looked short-term or working memory, which refers to the handful of items currently in mind, often needed to get a job done. According to Cowan, there are two different ways to use working memory:

First, the mind will retain various items even if the person is not paying attention to them. However, these items usually are not retained very long or very well.

Second, if the person is paying attention, the mind will process the information further and, many times, use various strategies to save it longer.

Previous studies have found that strategies become more refined during childhood. These strategies include mentally repeating words, and grouping items into clusters to remember them more easily. For example, telephone numbers are remembered more easily when split into a prefix and extension. This way, a person only has to remember two "chunks" of information rather than seven individual numbers. Adults excel at strategies such as mental repetition and grouping. The UMC tried a new approach which instead of having subjects repeat numbers that they heard in rapid succession, a silent picture-rhyming computer game was used to distract subjects while they listened to lists of single-digit numbers through headphones.

Every few minutes the computer game was interrupted and the subject was asked to recall the most recent list of numbers in order. Subjects were so busy with the rhyming task, which was to be carried out as quickly as possible, that there was insufficient time to use sophisticated strategies when storing the spoken numbers in memory. As a result, each subject could recall only a few items on each trial, and it was the same small number of items regardless of the list length.

Although it is clear from other studies that the brains of children of all ages briefly save a vivid memory for recent sounds, Cowan's finding was that fourth-grade children and adults were able to draw more of these sounds into consciousness than first-grade children. Thus, because the brain's memory functions are not fully developed, first-grade children have difficulty remembering tasks, such as how many and which kinds of bread to buy from a verbal parental command.

Professor Cowan notes that, "Adults were able to recall about 3.5 of the numbers on average, whereas the young children could recall only about 2.5 numbers. This may not seem like a big difference but it could matter a lot if one is trying to understand a sentence that contains three independent ideas. Essentially, the results suggest that the most basic capacity of the mind may increase by about 40 percent between first grade and adulthood."

While the core research has been conducted over 15 years continuing work needs to be done to attempt to determine if the developmental trend seen are the same for other types of materials for which strategies cannot be used, such as spatial layouts composed of colored shapes.