No longer lost for words 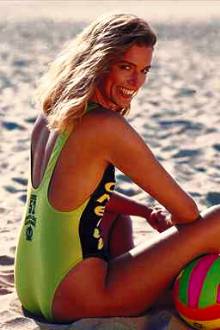 At Science A Go Go we get a little jaded about all the wonders of science, but once in a while (in fact about once per week) we see something that is really interesting.

An implantable device that helps patients with paralyzed vocal folds breathe on their own, is this weeks office favourite.

The device developed by doctors at Vanderbilt University Medical Center for patients with bilateral paralysis of the larynx is an Implantable Pulse Generator (IPG) that allows a patient to speak and breathe normally. The first one was recently implanted, in a Missouri woman.

David Zealear, associate professor of Otolaryngology at Vanderbilt say's, "We are excited about the possibilities with this electrical pacing device. The idea is to restore the opening function of the larynx to allow inhaling and exhaling necessary to normal breathing. We are able to restore that function." With the device, an electrode is inserted next to the opening muscle of the larynx sandwiched between the cricoid cartilage and the muscle. It involves electrical stimulation of the critical laryngeal muscle that has been paralyzed. The stimulation is done at the precise moment that the patient inhales, allowing the patient to take a breath. The lead wire from the electrode is then brought subcutaneously through a tunnel to an incision below the clavicle.

A pocket is made at that incision site and the stimulator is placed in that pocket.

In addition the device can be re-programmed through the skin using a microprocessor, so that when the stimulus is discontinued, the muscles passively relax back to their midline position to allow normal voice production and airway protection. In the US about 6,000 patients are stricken with bilateral laryngeal paralysis each year and the numbers world-wide a much greater. The condition is often caused when the two nerves that serve the larynx become paralysed due to neck surgery.

With bilateral laryngeal paralysis both the opening and closing functions are lost on both sides. This can be a life threatening situation where the patient cannot breathe. Those who suffer from acute paralysis, must have an emergency tracheotomy to survive. Conventional treatments for chronic bilateral paralysis focus on permanently opening the airway through surgical resection, leaving the patient with no chance of ever speaking normally again. The first patient to be implanted with the IPG was Helen Burns, who developed bilateral paralysis of the larynx after a second goiter surgery four years ago. A tracheotomy was put in so she could breathe. The IPG device was implanted 16 months ago and doctors have been watching her progress. After repeated tests, including pulmonary function tests and tread mill tests (to measure breathing capacity) and endoscopic tests (to view the stimulated movement of the vocal folds), Burns tracheotomy tube was removed 18 months ago. "She has done really well," Zealear said. "We find that her ventilation with the IPG is working just as well as when she used her tracheotomy tube." More importantly perhaps Burns is very pleased with the device. "It's wonderful to be able to breathe and to not have a trach. It's brought back my life and has helped me so much. I can do almost anything now," Burns said. The IPG puts out 12 stimulations per minute, which fits the average inhalation schedule of Burns. Should the device fail for some reason, Mrs. Burns has sufficient ventilation to sustain her until she can get to a hospital for an emergency tracheotomy. The batteries that run the device are expected to last five years.

This is simply a great device, well done to the Vanderbilt research team (and Mrs. Burns).