Clothes that kill the bacteria that cause body odor 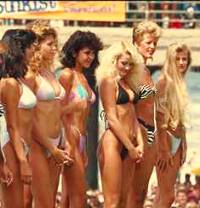 From the same branch of science that brought you 'wrinkle free' shirts now come bacteria to stop your clothes from smelling. The new process is a long-lasting inexpensive anti-microbial compound - which rapidly kills pathogenic and odour-causing bacteria plus a variety of viruses. While there are other similar 'biocidal' cottons on the market, this new treatment grafts N-halamine compounds to cotton, in a process similar to the 'permanent press' finish used in wrinkle-free clothes. N-halamines contain chlorine atoms that have a broad range of effectiveness against bacteria, viruses, yeast and fungi. Two major advantages of this new technique are that it can be recharged by rinsing treated fabrics in a dilute mixture of bleach and water and the process can easily be adapted into existing manufacturing processes.

The original research was done by Dr. Gang Sun, from the University of California-Davis, who first designed the grafting procedure. HaloSource a Seattle based company the developed the technology. According to HaloSource's CEO Jeffrey Williams, N-halamines is not just restricted to cotton but can also can be incorporated into cellulose fibers.

Likely applications include sportswear, medical apparel, bedding, handkerchiefs, household sponges, and a range of personal care products. Eventually, it may be possible to graft the compounds to wood cutting boards to protect against food-borne bacteria

Killing bacteria that cause body odour will probably be the first use of textiles treated with N-halamines. In-house testing by HaloSource workers, who wore socks and tee shirts treated with the chlorine-based biocide, showed noticeably odour reduction with no adverse side effects according to Jeffrey Williams.

Odour-resistant textiles based on the N-halamines for medical applications are still some time away but consumer products may reach the market within six months.