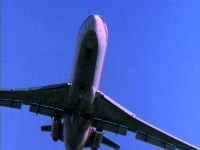 Most of the current disaster research does not deal with aviation crashes (often because there are few survivors) nor does it look at the long-term effects of surviving the disaster. Now, a study that examines the long-term psychological effects of surviving an airplane crash finds that those survivors are better off psychologically than their non-crash airplane traveler counterparts. These findings will be presented at the 107th Annual Convention of the American Psychological Association in Boston.

Researcher Gary Capobianco, M.A., of Old Dominion University and Thanos Patelis, Ph.D., of The College Board in New York examined the psychological well-being of 15 airplane crash survivors (11 males and 4 females aged 31 to 67 years old) and eight individuals who travel frequently by air for business or pleasure and have never been in a crash. Both groups filled out questionnaires concerning their levels of anxiety, depression and posttraumatic stress. "The psychological well-being of airplane crash survivors compared to air travelers who have never been involved in any type of aviation accident or crash was much better on all the levels measured.

The crash survivors actually scored lower on several standardized measures of emotional distress than the flyers who hadn't been in an accident," said the authors. There is little research on this kind of disaster because the survivor rate is low, and those that survive might not want to share their experiences.

Findings from a previous study done in 1993 on shipwreck survivors had similar conclusions. The wreck survivors, after a period time, reported strong positive changes in their outlook on life, greater self-esteem and most importantly, lower scores on measures of post-traumatic stress.

"How the survivors perceived their level of control during the crash seemed to affect their future feelings of distress," said Capobianco. "Flight crew survivors who believed they had control over events that may have led to or caused the crash reported less distress. And, passenger survivors who felt they had control over how they acted or what they said or did in reaction to the crash itself (did they get out of the plane quickly; did they help others or did they have to be helped by others) also reported less distress."

"Regardless of the survivor's own perception or definition of control," said Capobianco, "those who answered yes to our question, 'Did you feel that you had control over any of the events related to the crash?' reported the lowest scores on all measures of distress that showed statistical significance."