Not the lubricant of love 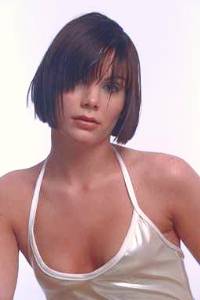 Steer away from PCB's if Michigan State scientists are correct! The latest edition of New Scientist looks at a recent study of female rats exposed to PCBs where the rats became reluctant to mate as adults. This experiment has led to speculation that similar chemical contaminants may cause lower sex drives in women!

PCB's were widely used in the production of pesticides, plastics and lubricants but were banned in many countries when they were found to mimic hormones. Unfortunately there is evidence that PCBs are still widespread in the environment with Belgium's recent food problems partly caused by PCB contamination of dairy and poultry products.

The experiments carried bout by Yu-Wen Chung and Lynwood Clemens of Michigan State University injected 40 pregnant rats with either pure sesame oil or a mixture of oil and the PCBs, first on day 14 of gestation, then on the day of the pup's birth and again 10 days later while the pups were suckling. Eight weeks later the research team assessed the sexual behaviour of the female offspring.

Chung suspects that during a crucial phase of development, the oestrogen-mimicking PCB's 'defeminise' the rat fetuses. She says that women's sex drives could also be affected by PCB exposure in the womb. "It's possible…..Pregnancy is the critical period."

A report presented to the San Diego Endocrine Society this year found PCBs in the amniotic fluid of pregnant women from Los Angeles. Unfortunately no one yet knows for certain whether these have any influence on fetal development.