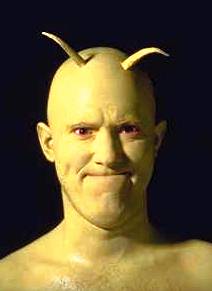 Microbes entirely unknown to science may exist in liquid water in Lake Vostok, thousands of meters beneath the Antarctic ice sheet. That possibility is one of several intriguing mysteries that justify undertaking the logistical challenges of exploring the lake, according to a new report from a workshop funded by the National Science Foundation (NSF).

The report, "Lake Vostok: A Curiosity or a Focus for Interdisciplinary Study," concludes that the lake "may represent a unique region for detailed scientific investigation" for several reasons. Among them is the possibility that conditions under the ice may approximate those on Europa, a frozen moon of Jupiter, and so may indicate whether life may be able to exist in harsh conditions elsewhere in the solar system.

The report represents the conclusions reached by scientists from a variety of fields who met in Washington D.C. last November. The Lamont-Doherty Earth Observatory at Columbia University and the University of Hawaii jointly organized the meeting.

Lake Vostok is roughly the size of Lake Ontario in the United States. Vostok Station -- a Russian scientific outpost, which once recorded the lowest temperature on earth (-126.9 degrees Fahrenheit) -- is located in the vicinity of the lake. As part of a joint U.S., French and Russian research project, Russian teams have drilled down into the ice covering the lake, producing the world's deepest ice core. But drilling was deliberately stopped roughly 120 meters above where the ice and liquid water meet to prevent possible contamination.

The report concludes that Lake Vostok merits further scientific investigation, including devising a way to drill through the ice sheet to reach the water -- and lake-bottom sediments -- without contaminating them.

The report notes that that there are several reasons other than the possibility of discovering unknown forms of life for exploring the lake. Water below the ice, which has been cut off from the outside world for hundreds of thousands of years, may have a unique chemical composition. There may also be an active tectonic rift below the lake, which may be warming its waters. Or sediments at the lake bottom may contain a record of ancient climate conditions.

Robin E. Bell, a geophysicist and a co-editor of the report, says it "illustrates the emerging importance of the lake for understanding the processes which may have triggered the evolutionary explosion on earth and perhaps on other planets as well as deciphering the geologic history of Antarctica."