Students to participate in Mars Mission 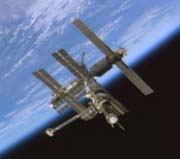 As part of the Space Day '99 celebrations at the National Air and Space Museum (NASM) an announcement was made today giving kids a fantastic opportunity to participate in a planetary mission. Astronaut John Glenn and Bill Nye, TV's Science Guy, announced the project that will give children from around the world the opportunity the chance of hands-on participation in the operation of a Mars rover and robotic arm on the Mars Surveyor mission.

"We stand on the threshold of an exciting millennium of exploration, one where the global public will become participants in the exploration of other worlds. Red Rover Goes to Mars will take students from around the world to a new frontier -- Mars," said Louis Friedman, Executive Director of the Planetary Society. "We hope it presages a future of more public involvement in planetary exploration."

Over four hundred Red Rover, Red Rover sites are already established in classrooms and science centers around the world.

Red Rover Goes to Mars will extend the network to the Red Planet itself, where student astronauts will have the first opportunity to participate with the mission scientists, interfacing with a rover and a robotic arm on the lander. The rover will be the Marie Curie, the same type of rover as Sojourner, which was deployed on Mars in 1997. Student scientists and student astronauts will share their work and experiences via the Internet, delivering real mission data to homes, classrooms and science centers around the world.

One experiment on the Mars Surveyor 2001 mission that the students will follow closely is a student designed "NanoExperiment." This experiment will be selected through a competitively judged contest sponsored by the Planetary Society, which is currently underway. The Society will also fund the construction of the flight-ready experiment. Details of this competition - the Student NanoExperiment Challenge - are available on the Planetary Society's web site at http://planetary.org