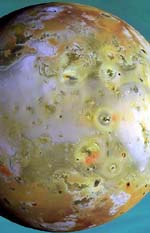 Colourblindness is not that uncommon, but the impact upon the life of someone with the condition can nevertheless be significant. You want to be a commercial pilot? Forget it. Obviously early and accurate diagnosis is very important. Now, there is a fast and accurate screening test that can save a lot of grief from the start. A husband and wife research team from the Eye Institute of the Medical College of Wisconsin at Froedtert Hospital developed the test. The efficiency and effectiveness of this simple new screening tool were validated in a field study recently, with the help of 5,058 children from local elementary schools, and an unique genetic follow-up test, developed earlier by the same researchers.

The Neitz Test of Colour Vision is a pencil and paper test that a teacher without special training can administer to a classroom in about ten minutes. Teachers can also obtain results immediately, giving them a much clearer idea of how the vision of their colourblind students differs from their own.

Current research reports that ten percent of all boys and one in 230 girls is colourblind. This was supported by the results of the screening test. There are two major categories of colourblindness, both with a wide range of severity. For the genetic follow-up test, given to those whose screening tests suggested a colour vision defect, a sample of DNA was obtained, via a soft swab rubbed inside the cheek, and analyzed. Genetic testing not only confirmed the presence of defects, but also accurately revealed their type and severity.

The genetic test represents years of colour vision research by the Neitzes, who recently worked out the molecular genetic basis for the large individual differences in the severity of colour blindness. It is one of the first examples of a defect of the nervous system where a DNA examination can predict not only the occurrence but also the severity of a defect.

While studying human colour vision, the Neitzes have both revised the theory for its genetic basis, and found unique opportunities to discover the causal chain from the gene, to protein function, to the neural signal. While they continue their study of colour vision, they are also applying its lessons to other kinds of genetic defects that cause visual impairment. A long-term goal is to extend the basic knowledge of the role that genes play in construction of the nervous system.

They also hope that some of their findings will lead directly to methods for early diagnosis of disorders of the retina, and ultimately, will contribute to the discovery of effective therapies for disorders of the visual system.