Ecological Farming May Cause More Heavy Metals In The Soil 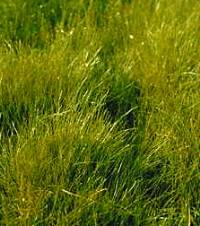 Some systems of ecological arable farming which use only organic fertilisers contaminate the soil with levels of cadmium, copper and lead which are twice as high as when a combination of both animal manure and artificial fertiliser is used. This has been demonstrated in farm case studies carried out by environmental scientists from Wageningen Agricultural University to calculate the input and output of soil contamination by heavy metals.

The scientists also found that mixed farming, combining arable with dairy farming, leads to less heavy metal contamination than farming based exclusively on one or the other of these. The team calculated contamination levels by examining the difference between the input and output of heavy metals via manuring, precipitation, leaching and uptake in crops. They developed indicators for which metal exceeded the quality norms for soil, crops or ground water at any given moment. This makes it possible, for example, to predict that in a country like the Netherlands, given current input and output levels, conventional arable farming will exceed the quality norm for cadmium contamination within 70 years, ecological arable farming in 145 years' time and integrated arable farming only in 300 years.

Even if the total annual level of cadmium contamination is lower than environmental norms allow for, the quantity of this metal may in the long term exceed environmental norms for crops. In practice, cadmium as a heavy metal is the most dangerous to humans.

The environmental scientists also developed a new model which takes account of changes in soil composition brought about by manuring. The use of compost based on kitchen and garden waste in farming can change the levels of heavy metals in the agricultural soil. The researchers recommend that soil quality norms be based in the future on the total heavy metals load.

Dig The Message Board