Narcissists Go For Their Gun When Criticized 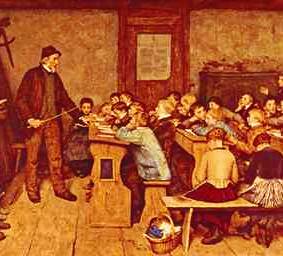 For some time, psychologists have debated whether high or low self-esteem underlies violent behavior. New research suggests that the most dangerous people are "those who have a strong desire to regard themselves as superior beings." The research, which will be published in the July issue of the American Psychological Association's (APA) Journal of Personality and Social Psychology, demonstrates that actual self-esteem may have little if any relation to aggression.

Psychologists Brad J. Bushman, Ph.D., of Iowa State University and Roy F. Baumeister, Ph.D., of Case Western Reserve University conducted two studies in which they explored the connection between narcissism, negative interpersonal feedback, and aggression in 540 undergraduate students. Narcissists, according to the authors, are emotionally invested in establishing their superiority, yet while they care passionately about being superior to others, they are not convinced that they have achieved this superiority. While high self-esteem entails thinking well of oneself, narcissism involves passionately wanting to think well of oneself. In both studies, narcissism and self-esteem were measured, and participants were given an opportunity to act aggressively toward a neutral third party, toward someone who had insulted them, or toward someone who had praised them.

The psychologists found that the most aggressive respondents in both studies were narcissists who were attacking someone who had given them a bad evaluation.

Narcissists were exceptionally aggressive toward anyone who attacked or offended them, yet when they received praise, their level of aggression was not out of the ordinary. In both studies, self-esteem was not related to aggression, suggesting that the relationship between self-esteem and aggressive behavior is small at best.

Regarding the recent spate of school shootings throughout the country, Dr. Bushman, lead author of the study, notes that many schools are attempting to increase their students' self-esteem, which will probably have no effect on violent behavior. But excessive self-love, or narcissism, could actually increase violence in schools. While asserting that schools are not teaching kids to be narcissistic,

Dr. Bushman notes that "if kids begin to develop unrealistically optimistic opinions of themselves and those beliefs are constantly rejected by others, their feelings of self-love could make these kids potentially dangerous to those around them."

The researchers assert that people with high self-esteem are a heterogeneous group that may be more different than alike since high self-esteem can be an accurate appreciation of one's good traits, or it may be a highly doubtful sense of personal superiority that is not reality-based. While some individuals with high self-esteem are largely unaffected by feedback, others may require frequent confirmation and validation of their favorable self-image by others. Thus the psychologists assert that differences in the validity of individuals' self-esteem undermines its usefulness as a predictor of aggression.

The authors suggest that aggression by narcissists is an interpersonally meaningful and specific response to an ego threat. "Narcissists mainly want to punish or defeat someone who has threatened their highly favorable views of themselves," the authors note. "People who are preoccupied with validating a grandiose self-image apparently find criticism highly upsetting and lash out against the source of it."