Heat's On Us Humans 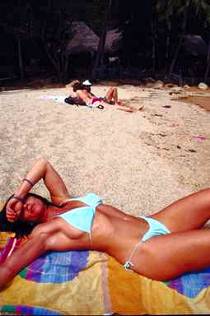 A new statistical analysis of over one hundred years of global temperature data, compared with output from two leading computer models of climate, has strengthened the argument that human-caused emissions of greenhouse gases, such as carbon dioxide, are warming the earth's atmosphere.

The paper by Tom Wigley (NCAR), Richard Smith (UNC) and Benjamin Santer (LLNL) has examined each year's average temperatures for the Northern and Southern Hemispheres by correlating them with the readings taken up to 20 years earlier or later. If the numbers rise and fall randomly over time, then the correlations are weaker than if there is a consistent long-term trend.

In their paper, "Anthropogenic Influence on the Autocorrelation Structure of Hemispheric-Mean Temperatures," Wigley and colleagues found that the correlations were far stronger for actual temperature data than for simulations taken from two global climate models

The researchers have found that even taking into account natural changes such as solar output and volcanic activity the influence of human activity is having a discernible effect on the global climate.