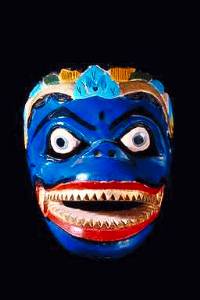 Researchers at Yerkes Primate Center have demonstrated that the same neurochemical changes in the brain that occur with cocaine use can also be triggered by environmental stimuli. The results help explain why recovering addicts experience overwhelming "cravings" when they see a crack pipe or some other environmental link to their habit - a craving so strong it often sends them into relapse.

Dr. Leonard Howell's findings were presented at the annual meeting of the Society for Neuroscience. The study lends support to the notion that the behavior of drug abusers is driven by biology rather than merely a weakness of willpower. The ultimate goal of these studies is to find a treatment to prevent the desire for cocaine - not just block the effect of cocaine once it has been ingested.

The neurochemical changes in the brain that occur directly after cocaine use include a sharp increase in dopamine levels. This increase is believed responsible for cocaine's euphoric effects because dopamine is the most important neurochemical in the brain's "reward system," which is involved in normal pleasurable activities like eating and sex.

With this knowledge in hand, Dr. Howell set out to measure exact levels of dopamine increase in monkeys that work for cocaine by pressing a lever (called a self-administration model). In each one-hour session, the animals worked for four 15-minute intervals. During the entire work sessions, a red light is on. (The animal learns to link the sight of the red light, a neutral stimulus, with availability of cocaine.) Each time the animal has pressed the lever 20 times, a white light is flashed. At the end of the 15 minute interval, the animal gets one injection of cocaine, during which the white light is again flashed. The cocaine is the primary reinforcer; because the white light is paired with the pleasurable feeling of cocaine, the light becomes reinforcing in it own right.

"It's classical Pavlovian conditioning," says Dr. Howell. "When you pair neutral stimuli, here the red and white lights, to the the cocaine, the stimuli become conditioned reinforcers." To quantify just how much of a reinforcing effect these drug-paired stimuli had, Howell measured dopamine levels in the caudate nucleus of the brain, an area involved in reward.

"In the first 15 minutes, while the animal was still drug-free but the white light was flashed every 20th lever-press," says Howell, "the monkey's dopamine levels increased by 70 per cent from normal levels. It was amazing to see how, without any drug at all, the brain chemistry changed so drastically."

How does dopamine increase even in the absence of cocaine? Since the dopamine transporter is not being blocked, there appears to be something else activating the neurotransmitter. Dr. Howell's next step is to determine what influences dopamine activity in the brain under normal circumstances. This could provide a brand new target for treatment medications, rather than those currently used, which attempt to block the action of cocaine. But blocking its action still doesn't stop the craving for the drug. Those medications only work once cocaine has been ingested, which is rarely the most effective strategy with a population of drug abusers. "We want to find something so people won't even want to use it in the first place," says Howell.