Scientists Half Way To Discovering Who We Are 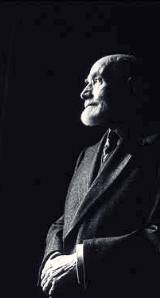 Construction of GeneMap'98 was spearheaded by scientists at the National Center for Biotechnology Information (NCBI), a branch of the National Library of Medicine (NLM) at the National Institutes of Health, together with the Sanger Centre, a British genome center funded by the Wellcome Trust. According to Donald A.B. Lindberg, M.D., director of the NLM, this new map charts the chromosomal locations of 30,181 human genes, about twice the number that had previously been localized. In addition, the mapping accuracy has been improved by 2-3 times compared to the earlier version of the map, released in October of 1996.

The map provides an important scientific infrastructure for understanding how genes interact with one other to maintain normal health and how defects in those genes can lead to common illnesses such as diabetes, heart disease and cancer. Researchers around the world can tap into the GeneMap'98 data through a web site developed at the NCBI

"By any standard, it's a tremendous step forward," commented James D. Watson, Ph.D., President of the Cold Spring Harbor Laboratory, former head of the NIH National Center for Human Genome Research, and co-winner of the Nobel Prize in Medicine (1962). "It will immediately speed up positional disease cloning as well as let the worlds of pure and applied biology move on solidly to functional genomics."

"It has been estimated that the human genome contains between 60,000 and 80,000 genes, so the new Gene Map brings us nearly to the halfway point," observed Dr. Gregory Schuler, an NCBI scientist who worked closely with his counterparts at the Sanger Centre to create the new gene map and the accompanying web site. "However, for most genes, we have relatively little understanding of the role they play in the body. Knowing where these genes fall on the map provides a starting point for further research."