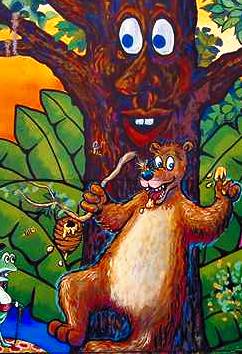 Birds do it, bees do it - but snails don't. Not if the mind-altering parasites have got them.

If film-maker David Cronenburg teamed up with the Born Again Virgins to make a film about sex, they'd probably take for their subject matter the mind-altering parasite trichobilharzia ocellata, described recently in the Proceedings of the National Academy of Sciences. It's the stuff of nightmares (and late-night Christian TV): an insidious breed of microscopic missionary - tiny creatures that worm their way into the flesh of snails, then "possess" their brains to command a life of chastity.

Apparently the parasites enhance their own chances of survival by hijacking the mechanisms controlling their hosts' behaviour. "Parasites - somewhat like viruses - can force their hosts to act to their benefit," says Victor Mutt of the Karolinska Institute in Stockholm. By forcing the snails to give up sex, the worms ensure that their surrogate bodies grow at abnormally high rates ensuring the parasites comfortable survival.

Maybe the snails could try a course of Prozac. After all, it's recently been prescribed for freshwater clams to get them in the mood for spawning. And clams aren't the only ones taking prescription drugs. Sitting in a box being peered at is so demoralizing and depressing for Annie, a 22 year old orang-utan at Colchester Zoo in Essex, UK, that she's on Prozac. Her chum Bruno, a black bear, reached mid-life crisis at 30. Far away from his Asiatic home he grew miserable after a change of diet and was started on a course of Valium to help him through the long days in cramped accommodation. But Bruno went cold turkey on 'mother's little helper' when his landlords improved his living conditions. Way to go, Bruno! He just said 'no'. But hold on there... just because Bruno came to terms with life in a ghetto doesn't mean that all other living creatures should choose the 'straight edge'.

Consider the camel: water retention is unpleasant at the best of times, but having to carry it about in full view like that... there's no excuse in a pharmaceutically enhanced civilization. Take a diuretic, please! Likewise, an agitated alligator will clearly benefit from beta blockers settling it down to an acceptable calmness. Let's not limit ourselves to prescription drugs either - recreational drugs abound that would cheer up even the slowest weekend break for any of God's creatures. Who are we to deny sloths the occasional turn of speed, to prevent ecstasy reaching isolated wolves in the community or to close the supply lines of cocaine that might stop those crocodiles crying. And penguins, lazy birds, won't fly. Have they given up, or is it simply lack of confidence? LSD has convinced the most grounded travellers of their aeronautic abilities - penguins could benefit enormously from a tab or two. (perhaps lemmings have already tried it - ed.)

Rhinos need Estee Lauder, gannets need appetite suppressants, limpets need some get-up-and-go, and toads - really only frogs with an acne problem - could do with a spot of Clearasil. All these seriously socially unacceptable human problems could be helped with medical and pharmaceutical preparations. The closer the animal world comes to humanity, the more harmony there'll be - let tigers use balm!