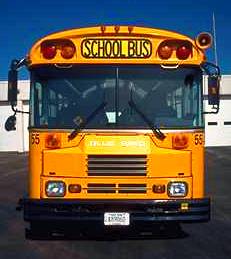 We thought they were pretty funny and we hope you get a laugh out of them as well.

To collect fumes of sulphur, hold down a deacon over a flame in a test tube.

When you smell an odourless gas, it is probably carbon monoxide.

Three kinds of blood vessels are arteries, vanes, and caterpillars.

Blood flows down one leg and up the other.

Respiration is composed of two acts, first inspiration, and then expectoration.

The moon is a planet just like the earth, only it is even deader.

Artificial insemination is when the farmer does it to the cow instead of the bull.

Dew is formed on leaves when the sun shines down on them and makes them perspire.

A super-saturated solution is one that holds more than it can hold.

Mushrooms always grow in damp places and so they look like umbrellas.

Momentum: What you give a person when they are going away.

Planet: A body of earth surrounded by sky.

Vacuum: A large, empty space where the pope lives.

Before giving a blood transfusion, find out if the blood is affirmative or negative.

For a nosebleed: put the nose much lower than the body until the heart stops.

For drowning: climb on top of the person and move up and down to make Artificial Perspiration.

For Fainting: Rub the person's chest or, if a lady, rub her arm above the hand instead. Or put the head between the knees of the nearest medical doctor.

For dog bite: put the dog away for several days. If he has not recovered, then kill it.

For asphyxiation: Apply artificial respiration until the patient is dead.

To prevent contraception: wear a condominium.

For head cold: use an agonizer to spray the nose until it drops in your throat.

To keep milk from turning sour: keep it in the cow.

The pistol of a flower is its only protection against insects.

The alimentary canal is located in the northern part of Indiana.

The tides are a fight between the Earth and Moon. All water tends towards the moon, because there is no water in the moon, and nature abhors a vacuum. I forget where the sun joins in this fight.

A fossil is an extinct animal. The older it is, the more extinct it is.

Germinate: To become a naturalized German.

Litre: A nest of young puppies.

Magnet: Something you find crawling all over a dead cat.