Homophobia Only One Part Of Anti-Gay Aggression 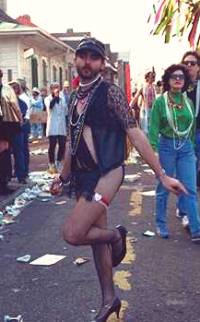 Results from a study presented at the 106th Annual Convention of the American Psychological Association (APA) in San Francisco suggest that violence against sexual minorities is rarely motivated by genuine hatred, but is instead "an expression of cultural norms that are entrenched even among pre-adolescent children", says researcher Karen Franklin.

In a study of approximately 500 young adults in the greater San Francisco Bay Area, Dr. Franklin found that one in ten respondents admitted to physical violence or threats against people they believed were homosexual. Another 24 per cent reported anti-gay namecalling. Among male respondents, the rate of perpetration was significantly higher: 18 per cent for physical violence or threats and 32 per cent for namecalling. "In other words, half of all young men admitted to some form of anti-gay aggression." Meanwhile a third of those who said they had not engaged in anti-gay aggression reported that they would likely assault or harass a homosexual who flirted with or propositioned them.

Dr. Franklin says the research suggests that most young people who harass, bully and assault sexual minorities do not fit the stereotype of the hate-filled extremist. "Rather," she says, "they are average young people who often do not see anything wrong with their behavior."