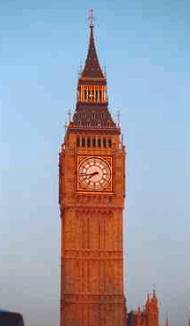 In what has been a fairly lacklustre week for science news (Pole Vaulting Can Kill!), one area, genetically altered foods, stands out as an absolute godsend for science writers everywhere.

To start things off, there was the news that British Members of Parliament had decided not to allow genetically engineered foodstuffs to be served in the House of Commons. British politicians, having thus demonstrated their intestinal fortitude for supporting new technologies, set the tone for the next couple of days.

Announcements followed that must have left Monsanto and other biotech companies pondering the effectiveness of their PR campaigns.

First, there was the rather disconcerting news that gene transfers between genetically altered crops and neighbouring weeds could lead to a new breed of super weed, untroubled by herbicides. Compared to what came next though, this was insignificant.

The coup de grace, splashed over every newspaper page in the country, was the news that genetically altered potatoes had led to stunting and suppressed immune systems in rats. The story focused on research from the Rowett Institute in Scotland where Dr Arpad Pusztai had been experimenting with potatoes containing a naturally occurring insecticide gene derived from a South American bean. The fact that Monsanto (or any other biotech company) had no intention of ever producing potatoes containing this insecticide gene was disregarded by most of the media as it spoilt the story.

But today, the story got even stranger. The Rowett Institute announced it had suspended Dr Pusztai after it concluded misleading research information had been released. According to the Institute, the rats had not been fed the genetically altered potatoes, but had been fed potatoes directly tainted with the insecticide solution.

It appears that Dr Pusztai, aged 65, had been talking to the media about the wrong potatoes.