Black Males Get The Pulse Racing 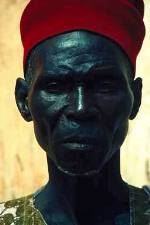 A study carried out at Purdue University indicates that our bodies respond differently when introduced to strangers of different races. The findings, published in this months issue of Psychophysiology, measured two physical body reactions during encounters involving whites and African-Americans.

"We found that for white males, heart rates went up almost 10 beats per minute when a black man entered the room," says Scott Vrana, one of the researchers. "This is a really large change." Heart rates in this instance stayed elevated throughout the encounter.

The researchers are not certain why the sight of a black man would have such a profound effect. "It could be that people are just not used to seeing African-Americans in some settings," says researcher David Rollock. They also suspect that stereotyping and negative media portrayals may also have an effect.

The experiment was conducted with 105 undergraduate students from the campus. Interactions were measured between participants of the same sex only. The results from interactions between males and females would have been too hard to interpret say the researchers.

As well as pulse rate, facial expressions were also examined. Participants tended to follow the cultural norm and smile during the first 10 seconds after someone walked into the room and greeted them. During those 10 seconds, the smile was greater to someone of the same race. During the next 20 seconds, participants tended to smile longer and show a greater smile to persons of a different race. Whites and women as a group tended to smile more throughout the interaction period than did African-Americans, who were more neutral in expression.

"It may be that we are more self-conscious of how we present ourselves to people who are different from us", says Vrana. "Facial expressions are important regulators of social intercourse and can significantly affect the emotional tone of those interactions. Physical reactions to race are a factor and may require more study to understand".