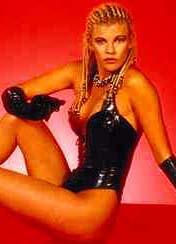 Sapphires and rubies might soon be the more valuable in your computer than around your neck.

Both these gems in their mineral form are called alumina and when made into thin films they offer much greater storage capacity than silicon dioxide which currently rules the roost.

The University of Delaware has just published a report in the Journal of Electronic Materials, reporting on alumina's promise for making electrical circuitry. In their tests the University of Delaware's scientists found that alumina has far fewer flaws that can block current and this means that transistors made of alumina may be much faster at performing certain tasks.

But don't go selling all your baubles yet, because even the fastest semiconductor will never be piece of art.